The City of Piedmont is a small community surrounded by Oakland. It is a much sought after address, due to its appealing neighborhoods, excellent schools, and the prestige that comes with living in one of the country’s wealthiest communities. Incorporated in 1907 to avoid a pending annexation by Oakland, most of Piedmont’s 1.7 square miles are composed of single-family neighborhoods developed in the early 20th century. The primary development pattern is large single-family homes on streets with mature street trees. Because landscaping is required for 100% of the street setback, attractive gardens are a significant part of the visual appeal of Piedmont. The commercial district and multi-family units make up just 0.3% each of the total land uses in the city.

The borders of Piedmont follow the city’s sanitary sewer district, making it difficult to describe the city’s boundaries using streets. Generally, the city is located in the north section of Oakland, between State Route 13 and Interstate 580, and bordered by Mountain View Cemetery to the north and Park Boulevard to the south.

Piedmont is a fully developed community, with little potential for change. But when land use battles occur, they are heated and intense. For example, a recent public hearing for a plan to convert several acres of hillside open space into a playing field went until 3 AM.

As of December 2014, the median home price in Piedmont was $1,702,000. The City has developed an innovative solution to meet its affordable housing needs by creating an inventory of rent-restricted in-law apartments. Occupancy of these units is deed restricted to households meeting low, very low, and extremely low income households, and the rents are capped based on HUD standards. About 20 rent-restricted units have been created since 2007.

How to get to Piedmont: 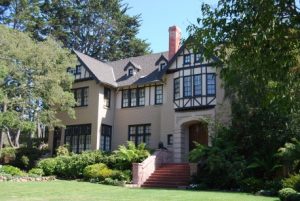