The Alum Rock Avenue corridor — our study area — is located two miles east of San Jose’s downtown core. During the fall semester of 2019, our class of graduate students in San José State University’s Master of Urban Planning Program partnered with CommUniverCity and the City of San José to conduct a community planning project in the study area. Over a 15-week period, our class of 20 led by professors Rick Kos, AICP, and Jason Su, analyzed conditions in the Alum Rock corridor.

The goal of this capstone project was to assist the community in creating a vision for future development in the area, focusing on and incorporating community engagement. Using an asset-based community development approach, we aimed to identify existing positive elements in the neighborhood.

To that end, we interviewed area residents, businesses, and community leaders to help understand the assets and issues they prioritized. Our engagement with local residents included two phases: community assessment (data collection and analysis) and a collaborative community engagement event.

During Phase One, we assessed the area via walking tours, numerous site visits, and demographic mapping using Esri’s Community Analyst (a web-based tool that provides mapping software and demographic data in a simple and easy-to-use framework). We also made physical montages and InDesign summary boards to help us synthesize findings tied to land use, transportation, connectivity, public art, people, the history of activism in East San Jose, and community assets.

Phase Two focused on gathering input from community members to help convey their desires for the future direction of the Alum Rock corridor. One notable aspect of our work was the creation of a team dedicated to consistent and clear messaging about our work in the community as well as shared objectives. We developed relationships with community-based organizations, local residents, business owners, and community leaders who can influence the community in a positive manner. We gathered community feedback via Cafe y Comunidad focus group events, informal discussions, and community outreach events.

In several Cafe y Comunidad discussions, students engaged residents living near the Mayfair Community Center. The residents highlighted community strengths including art, parks, and local businesses, but also voiced concerns about problems such as litter, dangerous vehicular traffic, gang activity, and underinvestment in assets such as MACSA (the Mexican American Community Services Agency), which once served as a significant resource to the area’s Latino immigrant community but has since closed.

All of this data-gathering culminated in a “Vision for Alum Rock Corridor” open house event where we had the opportunity to vet our findings with the locals.

The event — held on November 16, 2019, at the Mexican Heritage Plaza, a valued community space — featured a number of theme-based discussion stations:

The focal point of the open house was a huge, aerial photo of the Alum Rock corridor study area. The photo measured eight by eight feet, and was laid across tables in the center of the room. Participants gathered around the photo and placed stickers on it with their comments on transportation issues, particularly regarding safety, problematic bus rapid transit lanes, and car congestion. They also noted valued community assets such as parks and community centers and recommended neighborhood improvements, such as the reopening of a closed community center and the repurposing of a golf course into affordable housing. The size of the map attracted attendees to the center of the room and was instrumental in initiating conversations about the neighborhood.

Participants identified their favorite places, along with spaces they felt were missing in the community. They were asked to sketch on a map the geographic area that defines their neighborhood. The feedback indicated a desire for grocery stores, more street trees, outdoor gyms, and murals, and continued support for the Mexican Heritage Plaza — the site of the open house and clearly a favorite place.

We were curious as to what residents call their neighborhood and learned that “Alum Rock” and “East Side” have been used, though the latter tends to divide residents: Some view “East Side” with pride, while others associate it with gangs and a negative connotation. This station was popular for its ability to let residents make more general comments, and many returned to offer additional observations throughout the open house.

The Alum Rock area continues to be highly attractive to developers. This interactive station featured Legos with which participants could construct and imagine potential developments in the Alum Rock Avenue corridor. On a supplemental questionnaire on design and urban form, participants indicated preferences for certain architectural styles as well as building heights and densities that they would be comfortable with. This station was designed to be especially accessible, allowing attendees of all ages to participate.

Local businesses are essential to neighborhood economic vitality, making this a topic of high interest for residents of this community, which has experienced greater disinvestment compared to other parts of San Jose. Participant feedback using sticky notes revealed a strong desire for more retail businesses, particularly related to food, beverage, and groceries, and the aesthetic improvement of existing storefronts. Many comments noted the high number of liquor stores and smoke shops in the area.

This station highlighted existing neighborhoods, allowing comments on current conditions of parks, and design concepts for future park improvements. Plata Arroyo Park and Mayfair Park were listed as popular parks, noting that they feature skate parks and overall strong design. These parks also received the most negative comments, with people listing concerns about safety, poor maintenance, perceived crime, and lack of shade. Participants chose open air theaters, outdoor gyms, and park libraries as the most desirable potential elements to add to existing parks in the neighborhood.

Activity for Children: Draw Your Neighborhood

Children who accompanied their parents to the open house event were provided a dedicated space with art supplies and a canvas on which to draw their neighborhood or city, emphasizing urban design elements. No data was collected from this station, but we hoped to inspire kids to notice design elements in their community and to take an interest in planning-related issues.

Through this comprehensive assessment, our graduate student team aimed to be a resource and advocate for positive change in the Alum Rock Avenue corridor. After the Phase One and Phase Two activities and the community outreach events, we were able to assess and document current conditions along Alum Rock Avenue. We utilized GIS software, conducted site visits, and interacted with locals to complete a community assessment of the area. We learned that residents of the area value the assets that currently exist in the community. They want to see more investment in those assets, with improvements to infrastructure, schools, and currently underutilized resources. They also want to see improvements in public transportation and safety in the area.

Our community assessment and engagement efforts will be packaged into a professional-grade report that we hope residents can use to advocate for their needs during discussions with developers and city officials. Our graduate student successors in spring 2020 will carry the work forward by opening more avenues for community input and discussion. 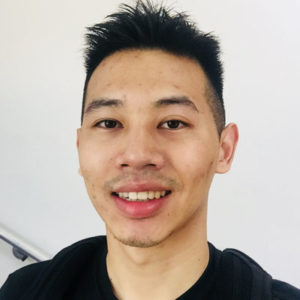 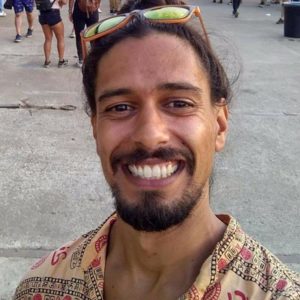 Lydon George was born and raised in the Bay Area. He earned a B.A. in economics, with a minor in sociology from UC Santa Cruz, and is currently focusing on issues of social justice and equity in planning. He also made the music playlist for the open house event. 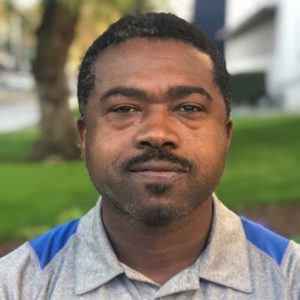 Emmanuel Uche is an aspiring community designer and geographic information systems analyst. He received his bachelor’s degree in sociology with a minor in justice studies from San Jose State University. 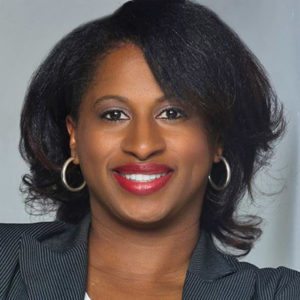 Malaika Best is the current president of the student-run Urban Planning Coalition at San Jose State University. She received her bachelor’s degree in organizational communications with a minor in marketing from San Francisco State University. 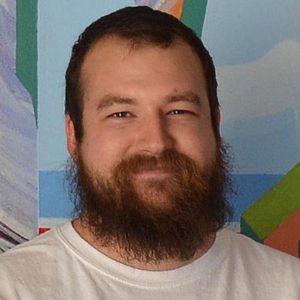 Nick Frey is a North Carolinian by birth, a Californian by choice, an urbanist by calling, and a student of cities and the built form. He is interested in land use and transportation and has a deep environmental streak.