More than a thousand planners and related professionals read APA California’s Northern News. We want to make it better. To that end, on Tuesday, January 14, 2020, I emailed to 4,667, “I hope you’ll take this two-minute survey to help Northern News.” The primary purpose of our three-question survey was to learn who our readers are so we could better focus the news to your needs. Those opening the email totaled 1,412, or 31.5 percent. Of those, 256 (18.1 percent) clicked the link to the survey. And of those, 235 (16.6 percent) took the survey.

To what extent are the respondents readers of Northern News?

This is an APA publication. How many of our readers are APA members?

Where do our readers work? 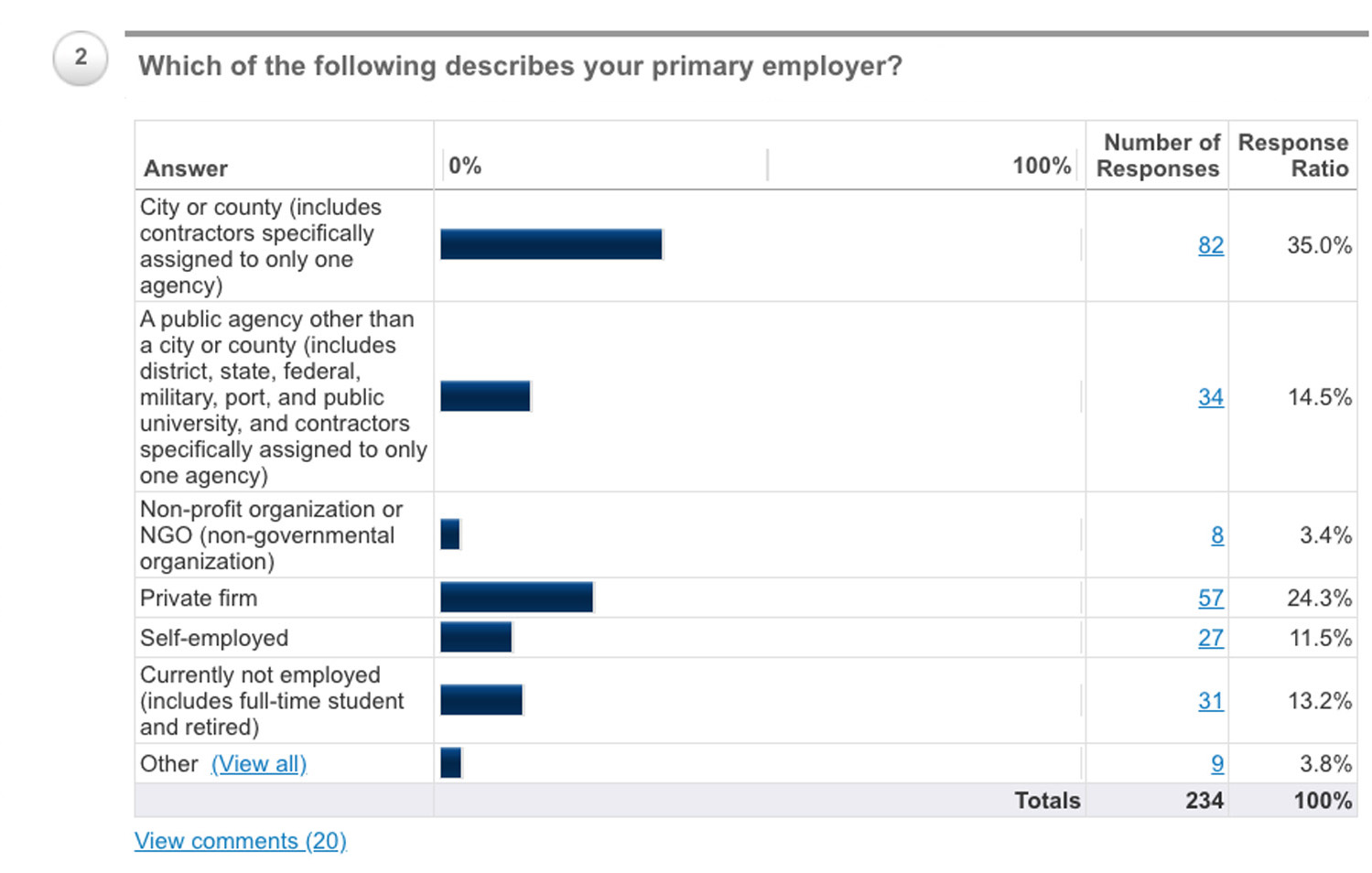 We wanted a better sense of the apportionment of our readers among local governments, other public agencies, and the private sector. As the results of Question 2 above show, 82 respondents (35 percent) work for cities or counties, and another 34 (14.5 percent) work for other public agencies such as districts, states, federal government, military, ports, and public universities.

In total, 116 of the respondents, or 49.5 percent, worked for public agencies.

Another 84, or 35.8 percent, worked for private firms or are self-employed. And 31 of the respondents, or 13.2 percent, were currently not employed. Those included full-time students and retired persons.

Comments from the respondents

Forty-four of the 235 respondents added comments in the space provided. Among those, 24 were positive, eight were negative, and 11 were informative but neutral.

Of the 24 positive comments, three remarked about the format of the news magazine. One wrote, “I do like receiving the electronic Northern News.” Another said, “Northern News is an outstanding publication: informative, timely, factually accurate, visually appealing. Please keep up the good work.” And a third read, “Format is good. Able to read quickly which is good. Thanks for your work.”

The other 21 positive comments were generally appreciative of the service provided by Northern News: “Gives us local planning news from a different perspective” with “headlines that grab us.” “Always an interesting read” with “substantive and informative articles” “that are useful day-to-day.”

The eight negative comments centered on the format used by Northern News until May 2016: “I miss the PDF,” “find the new format confusing,” and “read more in the PDF.”

So, what’s next for Northern News?

My three associate editors and I will take into account the survey results as we seek and accept feature articles. For one thing, we’ll continue to reach out to non-city-county agencies and districts in interviewing subjects for “Meet a local planner,” as Catarina Kidd, AICP, has been doing since March 2018. We’ll also reach out more broadly to encourage articles from private firms and non-city-county agencies, and from the far northern and southern reaches of our Section.

Whether or not you responded to the survey, we invite you to send your comments to the editors at news@norcalapa.org. If you liked or questioned a particular article or our choice of articles, let us know (including why). If you’d like Northern News to covering a particular area of urban planning that interests you, let us know.

In the end, it is you who write our articles. Northern News can only be as good as you make it. We hope you will contribute an article or viewpoint. 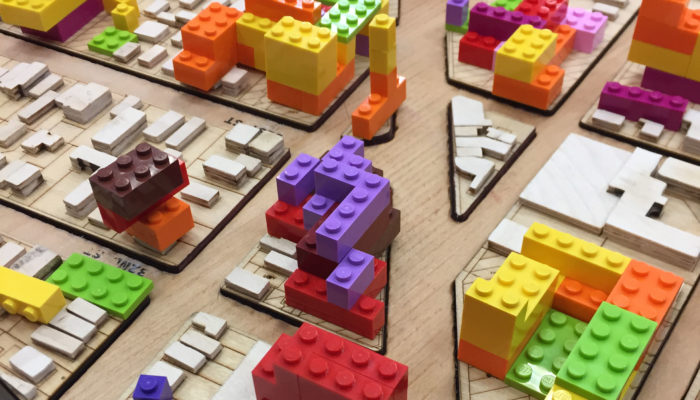 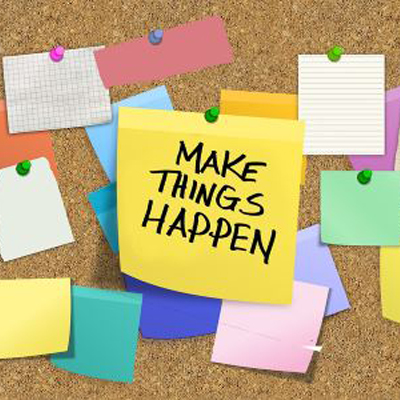 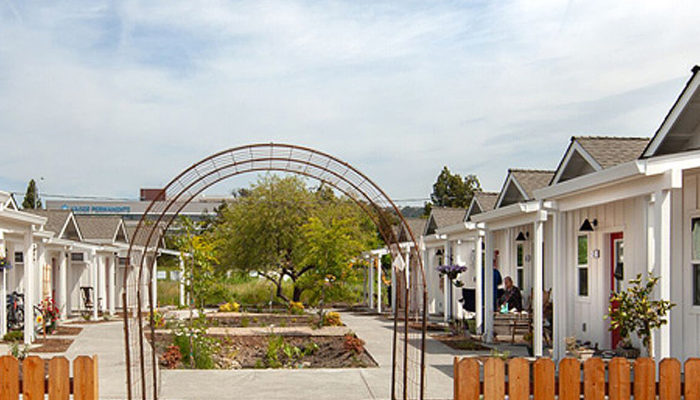