I WAS DISAPPOINTED BY AN ARTICLE in the latest Planning news roundup which implies that cities’ investments in green infrastructure are causing gentrification and displacement (“Cities fighting climate woes hasten ‘green gentrification’ ”). The article lacks a critical lens, and does a disservice to planners throughout the Bay Area who are looking for best practices and precedents to help implement the new Municipal Regional Stormwater Permit.

The news summary highlights a study in Urban Climate (and described in the referenced WIRED article) that identified spatial relationships between green infrastructure projects in the city of Philadelphia and displacement of lower-income and minority households. I worked on Philadelphia’s Green Stormwater Infrastructure Implementation Program for four years, so perhaps the shortcomings of the analysis are more apparent to me than to other readers.

It should not surprise anyone that neighborhoods with more development projects are correlated with gentrification and displacement. The green infrastructure, in this case, is incidental to development. Indeed, the study authors note that … gentrification may not occur subsequently to [green resilient infrastructure] siting … but in conjunction with it.” Unfortunately, this caveat is lost in both the WIRED article and the Planning news roundup synopsis.

This is not to say that public investments in greening do not contribute to gentrification; I do not have evidence to support or refute that relationship. My concern is that the article points to a single, biased study to characterize Philadelphia’s green infrastructure program as a detriment to the City’s vulnerable communities. Philadelphia has undertaken its green infrastructure program with great thought and consideration to balancing affordability for ratepayers, the cost-savings associated with greening private spaces, the costs and benefits of greening public spaces, and the feedback of residents who will be impacted. I organized a session at APA’s 2018 National Planning Conference on this very topic, to share lessons-learned and solicit ideas from planners facing similar challenges (see Aligning Consent Orders and Community Needs).

Planners who are doing this work need tools to better understand and communicate the trade-offs involved in designing and implementing green infrastructure programs. I hope this article spurs a more nuanced conversation on this topic, and does not turn Bay Area planners away from a great precedent out east. 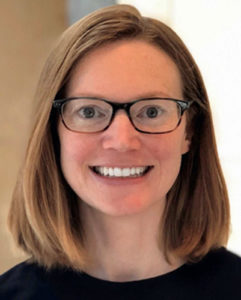 Avery Livengood, AICP, CFM, is a senior environmental planner at the Delta Stewardship Council, Sacramento, where she works on updating the agency’s plan to restore the Sacramento-San Joaquin Delta ecosystem. Previously, Avery worked as an environmental planner supporting implementation of Green City, Clean Waters, the Philadelphia Water Department’s long-range plan to improve water quality using green stormwater infrastructure. She holds a master of city and regional planning from UNC Chapel Hill, a master of environmental management from Duke University, and a B.A. from UC Berkeley.

The editors respond: Ms. Livengood makes a valuable point about the difference between city-led and developer-led green infrastructure. The Wired article points to a scholarly opinion piece with 10 co-authors in PNAS that establishes the tension between gentrification and green infrastructure. In turn, that article — with East Boston as a case study — cites many supporting articles on green gentrification in Brooklyn, New York City, New Orleans, and Sapelo Island, Georgia. The PNAS article notes: “We applaud efforts to mitigate the risks from impending climate change and to build climate-resilient cities. But our research reveals problematic and unintended risks and impacts associated with green infrastructure — especially private sector projects that neither prioritize nor address vulnerable communities.”