Plan Bay Area 2050, to be adopted in 2021, is in its third iteration. Previous PBAs, prepared in 2013 and 2017, have shown, in theory, how the Bay Area can achieve its greenhouse gas (GHG) reduction goals. But the plans’ implementation — particularly in regard to meeting housing needs — fell short. If the Bay Area is to meet both our housing and GHG reduction goals, we need to ask why previous plans failed to do so.

Prepared jointly by the Association of Bay Area Governments (ABAG) and the Metropolitan Transportation Commission (MTC), the PBA is the Bay Area’s sustainable communities strategy (SCS), which is required by state law to be updated every four years to align transportation and land use decisions to achieve GHG emissions reduction targets. Public review of “Plan Bay Area 2050 Blueprint,” an outline for PBA 2050, began in July with a summary of the key strategies needed to achieve the plan’s goals.

I have long been involved in regional planning here. First, at what is now the Greenbelt Alliance, I was principal author of the first “smart growth” strategy for the Bay Area, “Room Enough, Housing and Open Space in the Bay Area” (1983). Later, as a planning and community development director in various Bay Area cities, I was actively involved in the Regional Housing Needs Allocation (RHNA) process and in the first PBA (2013). Strategies we identified almost 40 years ago — and considered impractical — are now de facto regional land use policy. But the PBAs have never been able to achieve one of their main goals — provision of sufficient housing for the region. That failure has led to escalating housing costs that disproportionally affect low income and minority populations, and to displacement, over-crowding, and homelessness in the Bay Area. Moreover, we’ve exported some of our unmet housing demand to surrounding regions — resulting in even longer commutes and more GHG emissions.

Yet the current PBA 2050 Blueprint outlines the same set of strategies as its predecessors, with some tweaks. So why should we expect that continuing those same strategies will be more effective this time?

What PBA has achieved

The 2013 and 2017 PBAs identified land use and transportation strategies needed to meet GHG reduction goals. Because cars and light trucks produce 30 percent of all GHG, reducing the distance people and goods travel, and especially reducing the number of single occupant vehicles on the road, is fundamental to reducing GHG. The average number of miles we travel is, in significant part, a function of land use. The more spread out our development patterns, the more we use our cars. The closer we are to transit, the more likely we will use it. Thus the fundamental strategy of the PBAs is to build up, not out.

Building more intensely within our existing urban footprint is critical in other ways besides GHG reduction. Higher density development uses fewer natural resources over its lifetime, tends to be more affordable, better utilizes land with existing urban services, helps to revitalize existing communities, and reduces the costs of expanding and maintaining infrastructure. It also preserves productive close-in agricultural lands, is less susceptible to wildfires, and accommodates growth while preserving our access to open spaces.

Many find it hard to accept that there is no alternative to the fundamental direction presented in the PBAs, and that has created a significant amount of resistance to the plans. Some politicians are saying that planners and environmentalists want to eliminate the single-family home — a mainstay of the “American Dream” since the 1950s. But today’s smaller, more diverse households have different housing needs.

Plan Bay Area is not “destroying the suburbs”: quite the opposite. It puts forward how the region can accommodate growth without sprawling and without significant change to existing single-family neighborhoods — a most important contribution.

However, preserving single-family neighborhoods does not mean communities will stop changing. The Bay Area is projected to add 2.4 million people over 30 years — a 30 percent increase, and an almost 50 percent increase in housing units. While that it is theoretically possible without more sprawl and without much impact on existing single-family neighborhoods, the PBAs are ineffective in explaining to our 98 “suburban” communities how they might change to accommodate that growth. Sadly, neither PBA nor the majority of Bay Area cities have sought to envision their futures under the PBA strategies.

What needs to happen

Of the two regional planning agencies, only MTC has the financial resources to implement PBA. MTC, despite its focus as a transportation agency, has made grants available to help local governments prepare land use plans for appropriate development, especially around transit hubs. While this has helped PBA implementation, it has failed to make a significant dent in housing supply. The regional housing finance agency, established by the legislature last year, can help with funding new housing, but it will not remove the many other barriers to infill housing.

Local governments have little reason to pay attention to PBA. Few if any General Plans or Climate Action Plans produced over the past few years have sought to accommodate the region’s long-term growth in a sustainable way: It’s challenging to envision the level of change necessary, or for a local politician to support potentially significant changes in community character that may be required to accommodate expected growth — especially if such changes are perceived to negatively impact traffic, crowd the schools, or degrade community services.

General Plan Housing Elements also have been ineffective. They have too short a time horizon (eight years) and identify “potential” development sites that have little chance of being developed. The State, as well, continues with ineffective actions — e.g., tweaking the rules for accessory dwelling units, and threatening to remove some local government land use authority — without addressing why few local governments embrace new housing development, and especially infill. The billions that have been approved in state and local bonds for affordable housing will help, but they have little effect on the underlying supply and demand problem that continues to push Bay Area housing prices up inexorably.

Here’s my take on what PBA needs

Through the lens of my experience as a local government planner, I believe it will take two things to “move the needle.” First, we need to come up with better incentives for communities to build housing, and second, we need to give local governments more effective tools to make infill sites available.

In the plethora of information about the fiscal impacts of housing, a number of studies say housing pays its way (taxes, revenue, services). But from my years of sitting in city council meetings, I know those studies never sank in. In terms of funding police, fire services, or schools, housing is perceived to be the driver of higher costs and lower revenue. That’s true compared to other potential uses of property: Costco and Walmart are welcomed for their sales tax revenue, hotels for their transit occupancy taxes, and new offices and business parks for their jobs (and few costs). Housing is not welcome (since 1978’s Prop 13) as it is not a fiscally desirable land use.

And money talks. So rather than looking at ways to punish local governments for failing to meet their housing objectives, I believe the State should amply reward those that do. Making housing a significant fiscal winner could give local government decision-makers a reason to embrace housing and push back on NIMBYs.

Those who build the housing want that process streamlined and more predictable. My experience is that when there is agreement on expectations — both by the community and by the developer — projects are approved relatively quickly and without much controversy.

Specific and Area plans (some funded by MTC) have been effective in setting those expectations. Infrastructure and environmental constraints are identified in advance and, if the proper financing tools are available, those issues can be addressed upfront. But local governments have little money for the necessary advance planning, and MTC’s funding for those plans has been a drop-in-the-bucket of overall cost. We need to commit substantial funds to land use planning if we want to facilitate infill development at the scale needed.

We need more land for housing

Removing local government resistance and speeding the approval process for infill development are necessary but insufficient steps to develop infill at scale. One barrier that needs attention is the supply of developable land. This is not about expanding urbanized areas into the region’s open space. It’s about using the substantial amount of underutilized land in our existing urban footprint for housing.

Recent analyses for PBA demonstrated a substantial supply of underutilized land within the region’s existing urban footprint. Much of that land lies along commercial corridors, in older industrial areas, in downtowns, and in obsolete shopping centers, and it often is broken into small parcels that need to be agglomerated into efficient development sites. Some of that land is toxic or needs infrastructure — too expensive or risky an endeavor for residential developers.

Having a better estimate of land supply is a first step, making those sites available for development is the next.

For 50 years until 2011, local governments could use redevelopment to assemble land into developable sites, address environmental constraints, and fund infrastructure. But the ugly history of redevelopment is that it was often used to destroy low-income neighborhoods to build office buildings, hotels, and convention centers. That said, redevelopment also led to significant new housing development when used appropriately. For our region to have sufficient urban land that can actually meet our housing needs (and not just be theoretically available as described in current Housing Elements), tools similar to the ones used by redevelopment will be needed

There are major political barriers to restructuring local government finance to benefit housing and to restore something akin to the land assembly and financing powers of redevelopment. But it’s clear that to meet our housing needs and our GHG reduction goals we need new approaches — and soon. The Plans Bay Area have demonstrated that it is possible to achieve our GHG and housing goals, but they have failed to establish a compelling vision of that future, or to identify what needs to change in “business as usual” to get us there. As the Bay Area’s regional agencies move forward to adopt an implementation plan for “Plan Bay Area 2050,” let’s hope that they — and the legislature — give more thought to what it will really take to implement the PBA’s strategies. 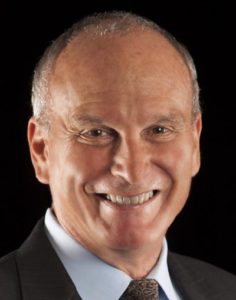 Dan Marks, AICP, has more than 40 years ex­peri­ence as a plan­ner, includ­ing 16 years as a com­muni­ty develop­ment di­rec­tor and plan­ning di­rec­tor in the Bay Area. He was prin­cipal author of the first “smart growth” develop­ment strategy for the Bay Area, “Room Enough, Hous­ing and Open Space in the Bay Area,” (1983) pre­pared by the Green­belt Al­liance. Marks holds a mas­ter of city plan­ning from UC Berkeley.