Re “The ideology hiding in SimCity’s black box – with comment from James Castañeda, AICP,” May 2021

Thank you for publishing the SimCity news. I thought you might be interested in this info regarding the influence of Bruce Joffe [of URISA and GIS Consultants] on the development of SimCity. [SimCity debuted in 1989; SimCity 2000 in 1993.]

Twenty or more years ago, I lunched with SimCity designer Will Wright at a Bay Area GIS mapping event organized by Bruce Joffe. At this event, with perhaps 40 guests, it was revealed that Will was a neighbor of Bruce in Piedmont, and that Bruce had encouraged Will to use his computer animation skills to do more than produce action games, and especially to model city development. At this luncheon meeting, Will, in gratitude for Bruce’s past encouragement, gave a talk and demonstration of his latest city modeling action.

When I was a Harvard PhD student, I witnessed several Urban Dynamics presentations by J. Forester and followed his work for several years. I gradually became disappointed in the Urban Dynamics model and have just now learned of its role in the SimCity program. 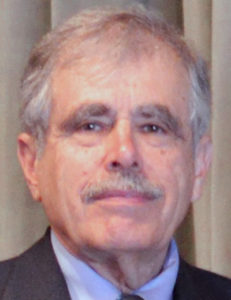 Earl Bossard is a San Jose State University Emeritus Professor and APA Life Member. He received a BS and MS in economics from the University of Wisconsin–Milwaukee in 1966 and his PhD in city and regional planning from Harvard in 1972. He taught planning at SJSU from 1972, and has held emeritus status since 2010. He lives in Davis, California, in the winter and spring, and in Bellows Falls, Vermont, in the summer and part of the fall.