I have been a practicing urban planner in California since 1972. Most of that time I’ve been in the public sector — the last seven years as adjunct staff to public agencies. Although I have been continuously employed, with only a few breaks for vacations and occasional illness, there have been times when my unbroken chain of employment was threatened. Those included (1) a major fiscal disruption in local government revenue caused by Proposition 13 (1978); (2) a major recession in the early 1980s which also reduced local government revenues; (3) the last major recession before the Pandemic (2009); (4) the dissolution of Redevelopment in 2011; and (5) the current Covid pandemic.

At one particular time during one of those crises, I was anxiously pondering my next employment move because budgets were being cut and I held a relatively low rank in the executive order. Some of my anxiety eased when I remembered something one of my previous bosses said to me when I left his employ. As I departed that former agency, he said to me (and I am paraphrasing only a little), “Steve, if you ever need a job, there will always be an opening for you here, for as long as I’m around.” Since that time, I felt I had an ace in the hole should the need arise.

Fast-forward a few years following that grand gesture to when I expeditiously needed a job. I phoned my “sure thing” and stated my dilemma. In the kindest of terms, he said to me, “Steve, I would truly like to help you, but there are no openings, and the budget is very tight right now. I wish you only the best.” I understood, of course, and realized there was nothing he could do.

I also realized that in employment and in life in general, there is no ace in the hole, other than you yourself. The only ace is you: Only your personal, educational, and professional qualities will advance your career and fulfill your life. 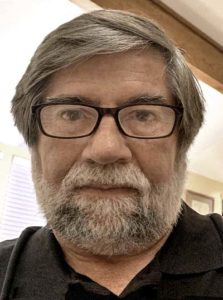 Steve Matarazzo is Chief of Planning at 4-LEAF, Inc., and lives in Aptos, California. He holds a master’s in urban planning from San Jose State University and a bachelor’s in environmental studies from UC Santa Barbara. You can reach him at matarazzos423@gmail.com.