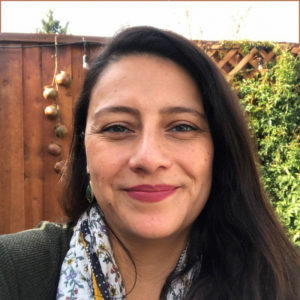 Ruth Cueto is a supervising planner with the City of San Jose. She previously served as land use and economic policy advisor in the Office of Mayor Sam Liccardo. Ms. Cueto holds a master’s in urban planning from San Jose State University and a bachelor of arts in political economy from UC Berkeley. She is a member of APA National’s Latinos and Planning Division.

What childhood experiences influenced your views and goals?

In the late 1970s, my parents arrived in Los Angeles from El Salvador and Mexico. I like to say I was born an urbanist. My mom took the bus to give birth in 1980, and I’ve been on transit ever since.

We lived in several downtown LA communities — South Central, Watts, Lynwood. The 1992 LA riots and the devastation in the neighborhood very much live in my memory. I could see it from the bus: liquor stores, burned out shells, and then a few miles away, the landscape is clean with trees and no liquor stores. I could see something was wrong — it was not natural. It always lived with me to figure out how we can improve our built environment.

What’s the hot topic in your professional world?

Housing. Housing. Housing. And within the last three to four years, it has been local control versus state mandates. We’ve never had to read so much legislation, most recently SB 8, SB 9, and SB 10. I was the first planner in San Jose to process a ministerial project (at 2350 Alum Rock Avenue for a 100 percent affordable housing development, approved in 2020) under the streamlined approvals mandated by SB 35 in 2017.

How do you view these new mandates?

My city has been open to developing affordable housing and we’re planning for it. San Jose entitled more than 1,400 affordable units in the last two-and-a-half years using a ministerial approval process — an example that local control is working. On the other hand, many communities have had decades to build in an equitable way and haven’t delivered affordable housing. We all need to understand that the problem is huge and we need results — there has to be another way.

What other priorities do you have currently?

I am overseeing the update of the Housing Element and the ideas embodied in AB 686 (2018). This law requires that public agencies administer their housing and community development programs so as to affirmatively further fair housing and not take any action inconsistent with that obligation. The timing pairs perfectly with rooting out racism in planning and promoting racial justice. Before 2018, we were having internal conversations about fair housing, but now there are real mandates that will make us look at past practices that enabled racist policies.

Tell us about your prior roles.

For 10 years, I worked for the current San Jose mayor when he was a council member. I was a policy advisor and liaison for 13 neighborhoods within the downtown district. That was a wonderful opportunity to build strong relationships. Going from the elected side to traditional planning was an easy transition because I could understand the different perspectives from both the public and private viewpoints.

What are you determined to accomplish in San Jose?

I hope to establish racial equity and an interracial work ethic and to embed equity training. I would like to see the department continue to stand up for progress in this area.

What has been the effect of your volunteer work with APA?

Most recently, I helped in putting together a conference on issues facing the LatinX community within APA National. The group was able to launch an inaugural conference and organize a panel of speakers. It was a great opportunity to connect with influential planners across the US.

Great influencers in your practice?

There is a mentor who helped me find my voice as a woman of color. Her influence built my confidence, reminding me that you are visible when you don’t think you are. People coming up are interested and are watching you — you are an example of the possibilities.

Challenges in your practice?

Starting a Housing Element update during Covid has been daunting. It is much harder to reach people, especially those who don’t normally engage but need to. I’m talking about protected classes, low-income people. Without extra effort, you can have the same Zoom meetings, the same people show up. True engagement will take a variety of methods, including pop-up events, check-ins, and outreach to nonprofits.

Working with the public takes a lot of energy. What are some of your stress management strategies?

Truthfully, I haven’t been great at managing stress, but I am learning. It took a health scare for me to stop and really assess my situation. I’ve been a caretaker all my life and I even felt more productive under stress. But over the years, and through the pandemic, I read about how women pour from an empty cup and never think to replenish it. That analogy for rest and self-care is so true. What I did was disconnect from the constant messages. If you don’t manage them, you will constantly check. So remove the icon, turn off the pings, and give yourself space. Now I am more intentional: Yoga, walks, trying to run my first 5k, doing things I like — reading, cooking, watching Netflix.

How can we influence future planning and the next generation of planners?

The community must see people like themselves at the table.

The challenge for me continues to be what it means to be a planner. I truly feel this next generation is positioned to make tremendous progress. We must encourage young people; their voices are needed.

So, planners of all ages, take advantage of your associations. Maybe it’s APA California or APA National, APA’s Women and Planning Division, or the Urban Land Institute — a good group to offer a different perspective. 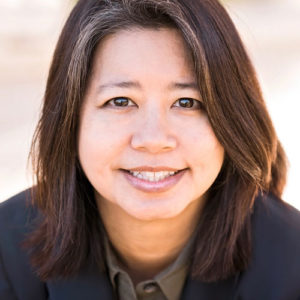