This November, Sonoma County became the first county and fourth jurisdiction in the country to launch SolarAPP+, an automated application for permitting new residential rooftop solar and storage systems. The portal helps solar installers get nearly instantaneous permits, cutting wait times and costs for installers and homeowners. SolarAPP+ will encourage property owners to fight climate change by investing in renewable energy generation right on their own roofs.

Lowering the cost and increasing the speed of rooftop solar installation can have a significant impact on a system’s cost. Installation costs twice as much in the United States as in countries like Australia or Germany despite similar wages and equipment costs. This difference is due in part to installation costs including interest on home equity loans and costs incurred while waiting for applications to be processed. For a solar customer, these added expenses can amount to as much as $5,000 for a typical residential solar system (PDF, 120 pp., 10.5 MB). 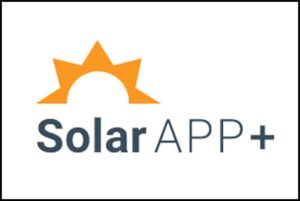 SolarAPP+ helps governments and providers cut rooftop solar permitting costs. Developed by the National Renewable Energy Laboratory (NREL) under the auspices of the U.S. Department of Energy and in the public interest, SolarAPP+ provides a web-based portal that streamlines and automates permit reviews. The app integrates into existing local government permitting software and is free for local jurisdictions. A May 2021 report by SPUR, the California-based think tank, found that the nationwide deployment of solar permitting tools like SolarAPP+ will lead to a three-fold increase in solar installations critical to meeting California’s clean energy targets and will help generate 780,000 jobs in the solar industry.

With supply chain challenges brought about due to the pandemic, the uncertainty surrounding permitting can add additional challenges for solar installers and wholesalers. Typically, power companies require the specific serial number of equipment before it can be installed. Permitting delays can force installers and wholesalers to choose between costly equipment storage or selling the equipment to another end user and restarting the permitting process.

“Streamlining rooftop solar can be a game-changer for California’s move to 100 percent clean energy and tens of thousands of solar installers around the state,” said Bernadette Del Chiaro, executive director at the California Solar and Storage Association, an organization representing hundreds of contractors who build more than 430 rooftop solar systems every day in California. “Already, rooftop solar is growing fastest in low- and working-class communities,” she said, “and by lowering costs further, we can put solar in the hands of more people. Growing rooftop solar is extremely popular in our state, and it is encouraging to see so many local leaders eager to make solar more accessible to their constituents and maintain California’s commitment as a solar state.”

Rooftop solar can play an even more important role in Sonoma County. The county has seen firsthand the devastating effects of wildfires exacerbated by climate change. Since 2017, wildfires have killed dozens of people and caused billions of dollars of losses in the county. With Pacific Gas & Electric de-energizing their transmission lines as a part of the Public Safety Power Shutoff program to minimize wildfire risks, rooftop solar and onsite storage can make the supply of electricity more resilient.

“The launch of SolarAPP+ is not just a win for the thousands of Sonoma County residents who have thought about getting rooftop solar but have been concerned about the soft costs involved,” said Lynda Hopkins, Chair of the Sonoma County Board of Supervisors. “It is also a win for our ability to meet the North Bay’s climate adaptation and resiliency needs and generate thousands of good local jobs.”

The number of jurisdictions expected to follow the lead of Sonoma County and adopt SolarAPP+ is projected to dramatically expand in the coming year on the heels of the recently adopted California state budget which includes $20 million for technical assistance targeted to local jurisdictions planning to adopt expedited permitting software such as SolarAPP+.

“I congratulate Sonoma County for leading the way on critical resiliency initiatives like SolarAPP+ in the wake of the climate crisis we face,” said State Senator Mark McGuire (D-Healdsburg), who chairs the Senate Government and Finance Committee. “This year I was pleased to support a climate budgetary package that included $20 million to streamline local solar and storage permitting, which will allow more Californians to make their homes climate-resilient and create thousands of good-paying jobs.”

SolarAPP+ illustrates the power that federal, state, local, and industry partners have when they come together to cut red tape and spur investments in renewable energy. As more government entities adopt the technology, the standardizing of permitting requirements and practices across jurisdictions with SolarAPP+ can create training and other efficiencies to further enhance the benefits. Those new jurisdictions can look at Sonoma County and other early adopters to help the sun shine on more rooftop solar installations across Northern California. 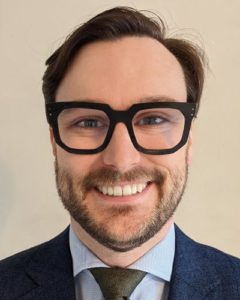 Bradley Dunn is Policy Manager for Permit Sonoma, Sonoma County’s land-use and natural resources agency. He previously was the public information officer for the San Francisco Municipal Transportation Agency from 2016-2020. Dunn holds a BA in politics and economics from Willamette University, Salem, Oregon.