“When it was first surveyed in 1856, Van Ness was intended to be the City [of San Francisco’s] spine. …Serving as a firebreak after the 1906 earthquake, Van Ness saved the western part of the city. By the 1920s, … Van Ness [became] the west coast’s largest Auto Row. Once the Golden Gate Bridge was built, it shifted toward regional auto travel. … In September 2013, the Board of Supervisors unanimously approved the Van Ness Bus Rapid Transit Project, the core of the Van Ness Improvement Project. Construction of the project began in October 2016.” Source: SFMTA)

Opening ceremonies for the BRT project included a ribbon-cutting ceremony outside the Veterans War Memorial on April 1. SFMTA Director of Transportation Jeffrey Tumlin introduced Mayor London Breed, State Senator Scott Wiener, and other key federal, state and local players. After Mayor Breed cut the ribbon, attendees were treated to a BRT ride up to Bay Street where we gathered and shared our opinions of the new BRT. I had a brief chat with Tumlin, asking him about the prospects for some ideas for improvements I would be suggesting in this article. (I discuss his responses later.)

I took three opening-day BRT rides and walked the route for the fourth time during recent months, this time observing reactions to its opening. I noticed BRT buses taking advantage of their center-running restricted transit lanes to avoid delays in the mixed-traffic lanes caused by right-turning motor vehicles. I saw emergency vehicles race down Van Ness in the red BRT lanes, perhaps saving a life or reducing fire damage because of faster responses. The BRT’s promised time-savings were difficult to gauge as motor vehicles passed us while we stopped for passengers and when our bus was climbing uphill. When I asked passengers departing BRT for their reactions, I got this response: “It was much faster and will save me a lot of time on my regular journey to work.”

To evaluate this BRT’s effectiveness, consider what this project was designed to accomplish. SFMTA outlined nine goals for Van Ness Avenue BRT to address citywide needs:

“… Major upgrades have been made on Van Ness Avenue [with the new BRT, including] …

HOW SUCCESSFUL WILL THE VAN NESS AVENUE BRT BE IN SATISFYING ITS GOALS?

While many might agree that the project has improved conditions along Van Ness, consider how this project can be a foundation for eventually making Van Ness a world class example of effective, multimodal, environmentally friendly urban travel in a magnificent place to live, work, or visit. Future modifications could help advance San Francisco’s Transit First priority, adopted in 1973. “The policy — which prioritizes movement of people and goods with a focus on transit, walking, and biking instead of private automobiles — continues to guide [San Francisco’s] efforts amidst rapid growth and change.”

CONSIDERING THE VAN NESS TRAVEL CORRIDOR FROM A LONG-TERM PERSPECTIVE

Curitiba, the Brazilian city that pioneered BRT, has followed a “trinary road system” that uses BRT-dedicated lanes and frontal access roads on the center axis, and parallel roads — a block away on both sides — that carry most of the motor vehicle through-traffic. In a modification of that pattern, San Francisco has parallel one-way streets (Franklin and Gough to the west) that now carry about double Van Ness’s daily traffic. Polk Street, to the east of Van Ness, has new bike lanes.

Van Ness BRT could be extended

Officials cite a 32 percent decrease in travel times expected for BRT transit buses along Van Ness. But this may not be enough to convince large numbers to switch from cars to the BRT. The BRT route is just 2.4 miles long, only slightly longer than the 1.9-mile standard set by the Institute for Transportation and Development Policy to qualify a line as a BRT.

If the Muni Route 49 Rapid were extended from the existing Van Ness BRT southward, with a faster direct connection to BART at 16th/Mission, it could make the BRT faster and more competitive with autos.

BRTs could attract visitors arriving at SFO to use transit

Faster BRTs connecting with BART could make using public transit in San Francisco more attractive to visitors arriving at SFO. With the proper incentives they could pick up a Clipper card at the airport instead of a rental car. Only those planning to go beyond the city would need rental cars and could pick them up at fringe locations.

Reducing the number of cars and car trips in the city

The key to meeting many of Transit First Policy’s goals is a continued reduction in the number of automobiles and automobile trips. If this mode shift continues, eventually the right-most vehicle lanes on Van Ness could be eliminated in favor of wider sidewalks and protected two-way bike lanes. (Watch the first 00:01:45 of “Bike way access problems in Davis, CA” to see how protected sidewalk bikeways work in Budapest, Hungary, and could do so in San Francisco.) Van Ness could be transformed into a truly grand promenade such as Barcelona’s lively La Rambla, with entertainers, food carts, and dining.

Protected sidewalk bike lanes could promote active transportation for longer distances and be used by e-cargo trikes to make deliveries to businesses and apartment buildings along the corridor, reducing the presence of traffic blocking delivery vans that could be diverted to neighborhood transfer/pickup stations. Space could be allocated near BRT stops for double-decked bicycle parking and bike-share stations. Underground bike parking silos, like those in Tokyo, could be installed near major trip generators and bike/scooter stations.

Talking with the chief

I asked SFMTA Director Tumlin about the possibilities of San Francisco adopting a motor vehicle externalities fee such as London, England, is considering. The fee could be incrementally applied and varied according to the air pollution, noise, space, and safety effects (i.e., costs) the vehicle would be expected to impose on San Franciscans. The fee could first apply to fossil-fuel-powered vehicles, and later, and at lower rates, to hybrids and electric vehicles. Tumlin thought the tax would be unlikely to get the required supermajority vote and would not be considered now.

I also asked him if much of the remaining curbside parking along Van Ness could be removed to allow for more pickup, drop-off, or delivery spaces. Some spaces were now provided for these purposes, he said. I believe more attention should be given to the SFMTA goal of accommodating commercial loading by reserving more curbside spaces for it.

The lack of grade separations used by other high-end BRT systems may increase travel times along the Van Ness corridor, especially at locations with opposing transit movements like Market and Geary/O’Farrell. Transfers there may be more frequent and difficult. Although grade separations would offer significant safety and timesaving benefits, they would be very costly and difficult to provide in constrained urban areas and would take a long time to complete.

Off-vehicle fare collection and gates could reduce vehicle boarding times and the number of non-paying riders.

Within months we should have data regarding the initial ridership and performance of the Van Ness BRT. It will take longer for post Covid-19 pandemic conditions to stabilize sufficiently for us to determine what modifications could make Van Ness Avenue a truly splendid travel corridor. 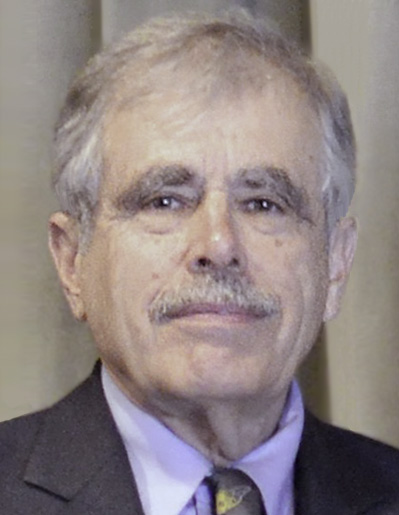 Earl Bossard, APA Planner Emeritus Network and SPUR member, has been a California resident since 1972 when he started teaching at San Jose State University’s Department of City and Regional Planning where he is Emeritus Professor. He has been a Research Associate at the Mineta Transportation Institute since its founding in 1991. Bossard spent nine years outside the US, lecturing in 14 countries and riding BRTs in Curitiba, Bogota, Guangzhou, and Istanbul. He served on the City of Davis’s Bicycle, Transportation, and Street Safety Commission and its predecessor for 14 years. Bossard holds a PhD in city and regional planning from Harvard University and an MS and a BS in economics from the University of Wisconsin, Milwaukee.