The story of Mare Island, a Base reuse, and Factory OS

A HOUSING AND TECHNOLOGY DISRUPTION is occurring on Mare Island in Vallejo, California. For 142 years, the island functioned as a naval shipyard for 40,000 workers and more than 500 ships, including cruisers and battleships that served in several wars, including two World Wars. The USS Saginaw, a four-gun, wooden-hulled, steam-driven, side-paddle-wheel gunboat was launched from Mare Island on March 3, 1859. The shipyard was home to many “firsts” in U.S. Navy and west coast history, including a permanently constructed dry dock. But the Navy closed the base in 1996, and the impacts on the city have been long and difficult, including the City’s bankruptcy.

With private firm Lennar Mare Island and the City of Vallejo investing in redeveloping the naval base, Mare Island found a new purpose. The 1999 Mare Island Specific Plan laid out a strategic vision for the Island’s renaissance: Reuse existing historic buildings, preserve the historic core, and develop new areas. The Specific Plan established land use designations to provide for parks and open space, reuse areas, and residential, industrial, recreational, and educational uses.

The transfer of the base from the Navy to the City involved many years of coordinated community planning. The guiding vision for the initial Reuse Plan and Specific Plan, and for all subsequent amendments, has held constant. That vision is to create new, well-paying jobs and to restore to Mare Island the vitality that the base brought to Vallejo throughout its recognized long period of significance.

A part of that vision is a growing recognition that Mare Island’s historic character adds incalculably to the level of economic development opportunities and types of jobs that can be created in the city and the region. The scale and scope of the buildings has attracted the film industry, world class Touro University, and Factory OS, which builds individual segments of modular homes.

Factory OS (OS stands for Operating System) is addressing the exponentially higher cost of housing with streamlined fabrication processes, greener and more efficient material use, design and code changes, employee training, and coordinated on-site construction, all with the goal of building more and more affordable housing.

Since his January 2019 inauguration, Governor Gavin Newsom has moved swiftly to address the state’s housing crisis, championing initiatives with the potential to transform the face of urban California. He has proposed spending $1.75 billion to incentivize housing production, raising housing targets for local jurisdictions, and aggressively enforcing those targets.

Factory OS plays a significant part in addressing the challenges faced by the housing industry. The firm is pairing with UC Berkeley on significant research breakthroughs through the launch of an independent Innovation Lab within UC Berkeley’s Terner Center for Housing Innovation.

The City of Vallejo has teamed up with the City of Emeryville to demonstrate the factory-to-built-environment product. On April 14, the team will accompany attendees at the American Planning Association’s national conference on an afternoon mobile workshop to discuss affordable housing, technological innovation, and base reuse. The workshop includes a tour of the Factory OS site on Mare Island in Vallejo, led by Vallejo’s Afshan Hamid, and Rick Holliday with Factory OS; the Lennar Mare Island base reuse project, led by Lennar’s Tom Sheaff; and a stop in Emeryville for a construction demonstration where a modular apartment is being assembled, led by Charles Bryant, AICP, Director of Planning and Building, City of Emeryville. 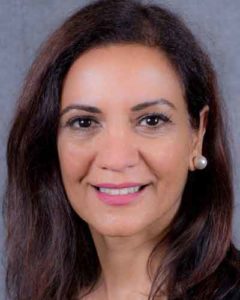 Afshan Hamid, AICP, is the planning manager of the City of Vallejo. She also is Northern Section’s Professional Development Coordinator, with responsibility for the Section’s professional development program for the continuing education of practicing planners. Hamid holds an M.Arch in architecture and urban planning from MIT and a B.A. in fine arts and industrial design from the University of Illinois at Chicago.