More than a decade before the first trains rolled into the new Milpitas Transit Center, the City of Milpitas embarked on an ambitious plan to transform older industrial areas surrounding the site into vibrant mixed-use neighborhoods connected by a network of linear parks, pedestrian bridges, and complete streets. Today, as the City celebrates the success of its earlier planning efforts, planners are busy reimagining transit-oriented development to create significant new opportunities for affordable housing and jobs and complete the vision of the original Transit Area Specific Plan.

A 2001 Metropolitan Transportation Commission (MTC) resolution identified what would be needed to extend Bay Area Rapid Transit (BART) into Santa Clara County: a housing threshold of 3,850 units within a half-mile radius of each planned station. In June 2008, the Milpitas City Council adopted a Transit Area Specific Plan (TASP) to establish pedestrian-oriented new development in the area surrounding the future Milpitas Transit Center. The City saw the Transit Center as a regional transportation hub connecting Valley Transportation Authority (VTA) light rail and regional bus service with the extension of BART into the South Bay

In one of the earliest examples of local conversion of low-intensity industrial buildings and uses to significantly higher densities, the TASP proposed that the nearly 100 privately owned properties in the 347 acres surrounding the Transit Center be transformed into a walkable transit-oriented community. New streets, parks, and public infrastructure would support thousands of new residents and visitors. But the Great Recession slowed and then stopped development in the region for three to four years.

The 2008 TASP envisioned a 20-year buildout of 7,100 housing units, 287,000 square feet of new retail, nearly a million square feet for jobs and offices, 350 hotel rooms, and the substantial public improvements needed to bring mobility, vitality, and livability to the Plan area. The Plan area’s boundaries extend to the northern edge of the Great Mall site, westward to Main Street, eastward to Berryessa Creek and Lundy Drive, and southward to the City’s border with San José.

In 2008, there were only two multifamily neighborhoods with a total of 468 townhomes in the Plan area. Nearly 7,000 new housing units and approximately 185,000 square feet of retail space have now been entitled, and nearly all the projects are completed and occupied or under construction. By comparison, permits have been issued for only 9,260 square feet of office and employment uses — less than 2 percent of the planned total — and one 162-room extended-stay hotel.

The VTA Transit Center and Milpitas BART Station opened in April 2020, complete with new streetscape and bicycle facilities, a 1,600-car parking structure, and a regional bus transfer station. A colorful new pedestrian bridge over Montague Expressway has been completed, and two additional pedestrian bridges are planned for other key locations in the planning area.

In February 2020, the City’s planning department teamed up with Urban Field Studio and M-Group to update the TASP to be consistent with the City’s new General Plan and to create new opportunities for future development and jobs near the Transit Center and pedestrian and bicycle connections throughout the area.

Within the Metro Plan boundaries, nearly 168 acres (48 percent of the Plan area) have yet to be redeveloped in accordance with the original TASP. That includes nearly 100 acres at the Great Mall site where the 2008 TASP had contemplated no redevelopment. The Metro Plan will guide the development of these areas. And as Milpitas updates its Housing Element, the Metro Plan will play an important role in the City’s efforts to see enough new affordable housing potential to meet its Regional Housing Needs Allocation (RHNA).

The Metro Plan could meet much of this need with higher density residential development in the area, with minimal impact on existing lower density residential neighborhoods in the City. The Plan proposes annexing approximately five acres of adjacent property owned by the City and the Milpitas Housing Authority for affordable housing and an Innovation District proposed in the 2021 General Plan and Economic Development Strategy.

A primary goal of the Metro Plan is promoting offices and jobs near interconnected light and heavy rail transit and bus service. In that vein, the City is in talks with Simon Property Group, the owner of the Great Mall, about ways to evolve that important site. Even before the onset of the pandemic, economists and retail experts were warning of threats to traditional brick-and-mortar retail businesses and large regional shopping malls from online retailing and mixed-use “lifestyle” centers. Simon first approached the City in 2019 to discuss possible new mixed-use opportunities for the site, and those talks will continue as work on the Metro Plan proceeds.

The value of a specific plan lies in the way all properties share the burdens and benefits of new development. New developments in the Plan area will pay their way through fair-share impact fees paid into a Transit Area Development Impact Fee account dedicated to public improvements throughout the Plan area. A Basic Infrastructure Program (BIP) identifies the improvements —streets, utilities, pedestrian and bicycle enhancements, parks and trails — to be financed by development fees on a per-residential-unit or per-commercial-square-foot basis. Those fees guarantee that the improvements will be accomplished through the Capital Improvement Program budget and a City-administered construction process.

Planning staff and consultants expect the Metro Plan will further Milpitas’ position as a key transit hub and an important gateway to Silicon Valley. They expect to present a draft plan to the Milpitas City Council in June. Visit www.milpitasmetro.org for details of the work. 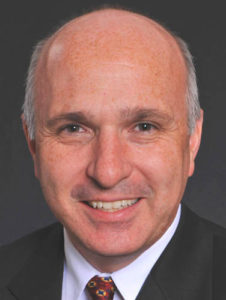 Ned Thomas, AICP, has been the Milpitas Planning Director since 2018. He holds a master’s in urban planning and design from Harvard and a B.S. in geography from Brigham Young University. You can reach him at nthomas@ci.milpitas.ca.gov. 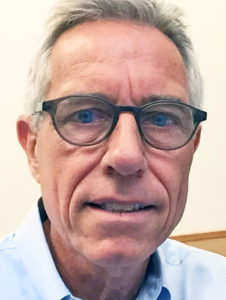 Kevin Riley, AICP, is the Milpitas Metro Project Manager. He had been with the City of Santa Clara for 31 years, most recently as director of planning and inspection from 2005-2015. Riley holds a master of urban and regional planning from San Jose State University and a BA in public administration from the University of the Pacific, Stockton. You can reach him at kriley@ci.milpitas.ca.gov.