On January 12, 2022, in Old East Davis Neighborhood Association v. City of Davis, __ Cal.App.5th __ (Case No. C090117), the Third District Court of Appeal reversed a trial court decision that granted a writ petition in favor of project opponents on the basis that the record did not support the City’s decision. In so doing, the Court applied a deferential standard of review and affirmed the City’s general plan consistency determination, holding that the decision was not unreasonable and that substantial evidence supported approval of a mixed-use project.

The project is four stories, with ground-floor retail and 27 apartments on the three upper levels. The project site is located in downtown Davis and is referred to in the City’s land use regulations as a “transition area.”

A City staff report recommended approval of the project, finding it consistent with general plan policies requiring an “architectural fit” with the City’s “existing scale” and that there be “a scale transition between intensified land uses and adjoining lower intensity land uses.” Staff also found the project consistent with planning policies encouraging more intense mixed-use development and accommodating new buildings with floor area ratios up to 3.0, while still maintaining scale transition and small-city character. The City Council approved the project, finding it conformed to the applicable general plan and specific plan.

Project opponents challenged the approval by filing a petition for a writ of mandate that argued, among other things, the project was inconsistent with applicable planning regulations. The trial court granted the petition, concluding the record did not support the City’s decision, reasoning that it was “a fundamental policy” of the general plan that the project site be a “transition property” and that policy was not satisfied because nothing in the record rationally explained how a 47,900 square foot building constituted a transition project” when other four-story buildings downtown are half the project’s size.

On appeal, the City and developer argued that the trial court exceeded its authority in failing to defer to the City’s findings and in applying its own views, maintaining that the project is consistent with applicable land use regulations. The Court of Appeal agreed, noting that the City’s planning documents do not provide a “formulistic method” for determining if a proposed structure constitutes a transition and that the City’s regulations rest on subjective measures such as “architectural fit,” “appropriate scale and character,” “sensitivity to the area’s traditional scale and character,” and “appearance in scale.” The Court thus rejected the trial court’s decision and held that it is not the court’s role to reweigh the evidence unless no reasonable person could reach the same conclusion based on the evidence. Because substantial evidence supported the City’s approval, the City acted within its discretion and the trial court erred in reversing the approval of the project.

Old East Davis Neighborhood Association is a helpful new decision relying on longstanding principles of California land use law requiring deference to an agency’s general plan and specific plan consistency determinations. The decision also squarely highlights the kinds of subjective provisions that make up the bulk of most planning documents and that are not the sort of unequivocal and quantifiable language that might be considered mandatory. 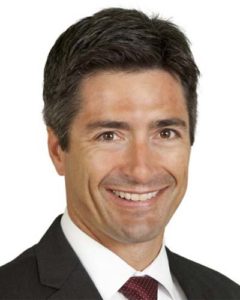 Bryan W. Wenter is a Shareholder at Miller Star Regalia, a firm he joined in 2013. Before MSR, he was with the City of Walnut Creek for five years, the final two years as City Attorney. Wenter holds a JD and a master of regional planning from the University of North Carolina (Chapel Hill) and a BA from the University of Oregon. He was legislative director for Northern Section from 2008-2011. You can reach him at bryan.wenter@msrlegal.com. A version of this article previously appeared in JDSUPRA.