Through much of this year, many of my fellow local government planners will be dealing with the latest legislative smokescreen in which the legislature claims to be doing something about the housing crisis by blaming it on NIMBY local governments and making them dance to SB 9, the Housing Accountability Act, and Housing Element updates.

Local governments do have a lot to answer for — they helped create our housing shortfall — and many of the recent legislative initiatives are long overdue. But the truth of the legislature’s efforts to date is that they won’t lead to nearly enough new or affordable housing to address the shortfalls. Meanwhile, the current legislative efforts are distractions that preclude having to tackle the difficult issues that, if resolved, would make a significant difference.

It is past time for the legislature to take on some of the underlying causes of California’s housing crisis.

What has State legislation accomplished so far?

The legislature’s focus on process (Housing Elements, permit streamlining, etc.) and on changes to single-family zoning (accessory dwelling units and as-of-right subdivision of homes and lots) is unlikely to produce anywhere near enough units to address our long-term housing shortfall. Analysis by the Terner Center found that only 14,000 accessory dwelling units were added statewide in 2019. And while the Center offers no projections for the impact of SB 9’s changes to single-family zoning, its assessment does not support a significant bump in new housing from the law.

Various projections indicate a need for anywhere from 200,000 units per year (HCD’s 2018 Housing Assessment, PDF, 209 pp) to 319,000 per year (USC School of Public Policy, PDF, 13 pp) to address the state’s housing shortfall and meet demand. ADUs and some subdivided single-family parcels will make only a small contribution. Likewise, there is no evidence that increasing RHNA numbers — thus making local governments work a little harder to find more land or modify zoning to allow more units in this Housing Element cycle — will lead to an outcome significantly different from the abysmally poor showing of units added in past Housing Element cycles.

Based on 45 years of experience in the field — as a land use planner, planning and community development director, project manager for a landmark regional smart growth study, and a project manager for an analysis of regional agencies around the country — it’s clear to me that the legislature has chosen politically expedient answers while failing to grapple with the hard issues only it can address. I see three key issues the legislature must address to meet the State’s (and Bay Area’s) housing goals:

I’m not saying we need more sprawl. What we need are the tools that will allow underutilized land in already urbanized areas to be developed at higher densities — and more quickly. The potential for these areas to accommodate substantial amounts of housing was first identified in a landmark study 40 years ago (“Room Enough, Housing and Open Space in the Bay Area,” People for Open Space, 1981), and yet much of the urbanized land remains underdeveloped. Major commercial corridors (e.g., San Pablo Avenue, Santa Rosa Avenue, El Camino Real) have the infrastructure (transit and existing urban services) yet remain largely untapped for housing. And then there’s surface parking: Although no one has calculated how much land is devoted to parking, clearly many hundreds of acres devoted to parking could instead — or in addition —accommodate housing.

Based on my experience, either the land is not planned and zoned for residential development at sufficient density to warrant housing development; or the risk, cost, and time associated with assembling properties of sufficient size are too great; or both.

And the failure to develop represents a cost to local governments. Local agencies need funding before they can adopt appropriate plans, zoning, and the CEQA documents needed to incentivize redevelopment of underutilized land, and they need funds and authority to assemble land when necessary. The State could provide sufficient funding and the tools to allow transformation of these underutilized lands. Let’s acknowledge that the Redevelopment tools of the past were often misused, but for some agencies they were powerful and effective, producing high numbers of affordable housing and the infrastructure needed to support it. Local governments — or counties or regional authorities — need to regain the basic tools — tax increment financing and the power to assemble parcels. Safeguards can be added to ensure that use of these tools results in substantial amounts of affordable housing without displacing vulnerable tenants.

I often hear from local officials that government services to residential development cost more than the tax revenues they return. There’s evidence this is not true, but the myth persists. Meanwhile, commercial development generates windfalls for local government, whether in the form of direct tax revenue (think big box retail, auto dealers, and hotels); or “community benefits” extracted through the rezoning or permitting process. Elected officials have told me that promoting jobs in their community (think commercial) is a political win, while new housing is usually a loser.

Despite a lot of hand wringing about job growth and the traffic it brings to the Peninsula and Silicon Valley, millions of square feet of tech and biotech continue to be proposed there and accepted along with minuscule amounts of housing. The Housing Element process has been and continues to be a failure in addressing the continuing, even growing, imbalance. Meanwhile, “bedroom communities” in Solano and Contra Costa counties (and beyond) complain they have too much housing and too few jobs, leading to long, greenhouse gas-spewing commutes between their housing and someone else’s jobs. They want more jobs and think they have more than enough housing.

I have learned in my 30+ years as a local government planner reporting to local elected officials that money talks: today it says “business yes, housing no.” This is a State problem. The statewide Proposition 13 in 1978 and various local government financing bills since, have created a system that rewards communities that have lots of retail, hotels, and offices, to the detriment of housing. So while the State demands more housing, it fails to provide fiscal incentives to cities to promote it, especially affordable housing. The State needs to recognize that its policies contribute to local government resistance to housing, and the State needs to identify steps toward reversing existing and poorly-structured incentives.

As every Bay Area planner knows, we have a highly dysfunctional regional planning system. While there is now a single, combined staff under the MTC umbrella, there are still two agencies, ABAG for land use and MTC for transportation. With respect to land use, ABAG continues to weigh too heavily the parochial interests of its 110 mostly small jurisdictions. MTC has most of the money, but it is also led by elected local government officials and has been unable to more fully address the critical connection between land use and transportation.

The various “Plans Bay Area” have said all the right things, but they have no land use authority, so implementation is limited. Too few dollars go to encouraging appropriate development. And at some point, we need to recognize that major projects need to be fully assessed for regional impacts, and have regional agency oversight when they do.

There are regional agencies around the country that effectively promote and develop housing. For example, the New York Housing Finance Agency has built thousands of affordable units using its own bonding capacity and recycling revenue into new housing over time. The new Bay Area Housing Finance Authority is a step in the right direction, but it has been slow to get off the ground and is a creature of MTC with all of its limitations. This is a State issue. The State created MTC and defines the authority of both ABAG and MTC. It becomes clearer every year that these two regional agencies, as structured, will not be able to effectively manage regional growth, the effects of climate change, and the production of sufficient housing.

To recap, I believe the legislature must do three things to make significant progress on addressing housing supply:

What’s frustrating to me and to many local government planners with whom I’ve spoken, is that while we work hard to modify codes and procedures in order to address laws that, at best, will make a marginal difference in housing supply, the legislature avoids addressing the fundamental changes that could make a real difference. 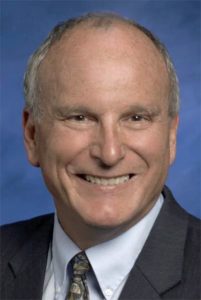 Dan Marks, AICP, is a special advisor at Management Partners, a local government management consulting firm. He was director of planning and development for the City of Berkeley (2003-2011) and planning director for the City of Fremont (1997-2003). Marks holds an MCP from UC Berkeley. You can reach him at dan@dansmarks.com.