Head out for a stroll through Oakland’s historic town center to find beautifully restored buildings dating back to the 1860s, exquisite local eateries, entertainment, and shops!

Old Oakland is the historic downtown and is situated just south of the current downtown, between Jack London Square and Chinatown.

In the 1860s, Old Oakland was the center of downtown welcoming travelers from the old Central Pacific Railroad Station on 7th Street. After the 1906 earthquake, Old Oakland began to decline and the downtown shopping district moved north. In the 1980s, property owners began to restore the historic buildings and revitalization continues as new businesses pop up throughout the neighborhood. The Arlington building, originally named the Nicholl Block, is a beautifully designed brick building decorated with gargoyles that covers the block between Washington Street, Broadway, 9th and 10th Streets.  One block west is the Swan’s Housewives Market, a historic East Bay shopping destination that dates back to the early 20th century and is on the National Register of Historic Places. Swan’s Market was redeveloped as a mixed-use establishment with affordable rental, co-housing, live-work, retail, office, and non-profit spaces, reopening in 1989. The project won several awards, including a California Preservation Foundation Design Award and a California Redevelopment Association Award of Excellence. The building is now bustling with popular restaurants, several of which share an open market like space.

How to get to Old Oakland: 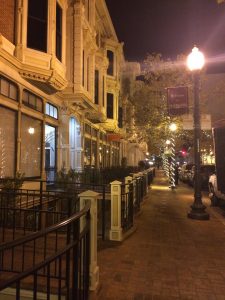 Dining at Cosecha and the Cook and Her Farmer 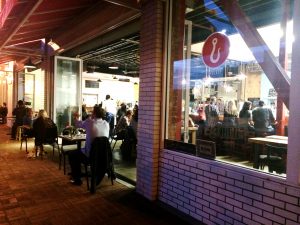 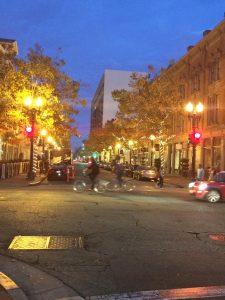 Guide and Photos by Dana Turréy