Get your cameras ready, Rockridge is the Bay Area’s original transit village. You won’t find a TOD Master Plan or complicated redevelopment scheme here; this neighborhood has evolved organically for more than a century. Today, it is an Oakland showcase, beloved for its Craftsman bungalows, tony restaurants and food markets, funky cafes, and eclectic shops. Its main commercial street, College Avenue, is the quintessential “strolling street”. The Avenue is anchored by the California College of the Arts on the south end and the University of California (a mile beyond the city limits in Berkeley) to the north.

Rockridge takes its name from the rock outcroppings on the hilly slopes along the Hayward Fault, which runs just above the neighborhood. Much of its housing stock dates from the 1910s to the 1930s, when the area was home to several rock quarries. Construction of Highway 24 in the 1960s had a profoundly negative effect on the area, as the 10-lane freeway sliced the neighborhood in half. A decade later, the Rockridge BART station opened in the freeway median directly above College Avenue, turning a neighborhood divide into its central gathering point.

This is the neighborhood to visit if you’re looking for slides for your next PowerPoint—you know, the one where you show that density is not a bad thing. Keep in mind that Rockridge has 11,000 residents in its one square mile, with almost no buildings over three stories tall.

How to get to Rockridge: 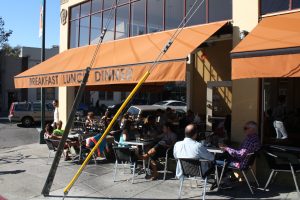 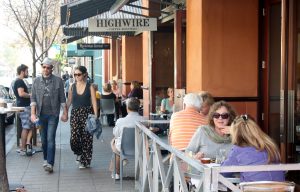 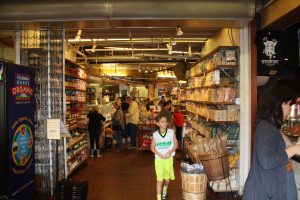