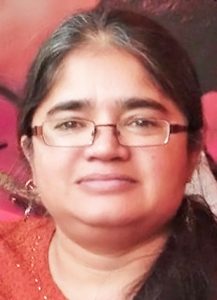 This was the first election in which the new Chapter board position of Vice President for Diversity and Equity was on the ballot. The board created the position to show its commitment to increase diversity in our profession and our organization. Miroo Desai, AICP (shown here) was elected Vice President for Diversity and Equity. She is Senior Planner with the City of Emeryville, where she has worked since 2004. Desai moves to this vice presidency from a Chapter appointed position as Membership Inclusion Coordinator for Northern California.

Also newly elected to the Chapter Board are:

Terms of office for all of these positions begin in January 2020 and run through December 2022.