An American planner in Canada

In September 2017, immediately after getting married, I convinced my new spouse to pack up and leave San Francisco for Vancouver, British Columbia. When searching for a public sector position where I could work on large important projects, I stumbled upon Vancouver as place that was motivated and committed to investing in transit, multimodal infrastructure, and transit-oriented communities.

I landed a job at TransLink, the regional transportation agency and transit provider, and currently serve as project manager for one of Metro Vancouver’s SkyTrain rail extension projects. TransLink provides rail, bus, and paratransit service for the entire region and allocates funding for walking, cycling, and regional roads. In 2019 we were awarded the Outstanding Public Transportation System Achievement Award by the American Public Transportation Association.

Here is my experience moving to Canada and working as a planner.

Logistically, crossing the border to the north and working as a planner couldn’t have been easier. The position of urban planner is one of 25 recognized under the NAFTA (and soon USMCA) trade agreements that allow an accelerated and simplified immigration process into Canada. All I needed was a job offer letter, copies of my résumé and planning degree, and a simple application form submitted at the border. In less than an hour, I had a three-year work visa (with the potential for unlimited renewals) and was on my way into Canada.

My spouse automatically received a work visa that allows her to work anywhere as long as my visa is valid.

Getting into Canada was the easy part. Adjusting to living and working in a new country, even though it was so close to home, presented unexpected hurdles and several key differences regarding work.

There are also some day-to-day lifestyle differences worth noting.

Canada is a welcoming and fun place to live and work

When I tell Canadians I moved here from California, they often ask, “Why leave sunny California?” To be honest, I miss California more than I expected. However, Canada has some key things going for it, including pristine public amenities, instant access to the outdoors (even better than the Bay Area), a friendly and helpful culture, and in Vancouver specifically — an amazingly livable city. Another key benefit of living in Canada is the access to good universal health care and a system that supports new families with up to 18 months of parental leave, which probably seems mind-boggling to most Americans.

If you’re thinking of moving “abroad” to Canada, feel free to reach out with questions. TransLink is always looking for talented and motivated planners to join our team. Check out the job opportunities at translink.ca/Careers. 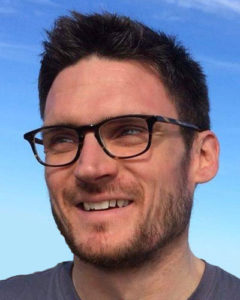 Brian Soland, AICP, is Project Manager, Arbutus to UBC SkyTrain, with TransLink, Vancouver, Canada. Before leaving for Canada in 2017, he was a senior planner with CDM Smith, San Francisco, for seven years. He holds a master’s in city and regional planning from Cal Poly SLO and a bachelor’s degree in geography from Cal State Sacramento.