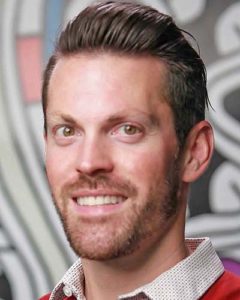 Jonathan Schup­pert, AICP, is now Di­rec­tor, APA Cali­fornia-North­ern Sec­tion, which, under the Sec­tion bylaws, is a po­si­tion he can hold until De­cem­ber 31, 2020. He be­came Director when James Castañeda, AICP, who previously held the post, moved to Los Angeles. Schuppert is Campus Connectivity Manager for Facebook, Menlo Park. Before joining Facebook three years ago, Schuppert had been a planning associate with Alta Planning + Design and a lecturer at San Jose State University. He joined the Northern Section Board in 2013 as the South Bay Regional Activity Coordinator (RAC) and later served as Professional Development Director, Treasurer, and Director-elect. Schuppert holds a BS in city and regional planning from Cal Poly–San Luis Obispo. In his free time, he enjoys traveling, photography, bicycling, and coffee. 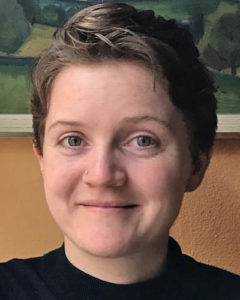 Emily Carroll has been appointed to the Northern Section Board as East Bay Regional Activities Co-coordinator (RAC). She is a Planner I with the City of Richmond, and was a planning technician with the City of Lafayette before that. Carroll holds a bachelor’s degree in history from Smith College. When not in the office, you can find her trail running in Redwood Regional Park. 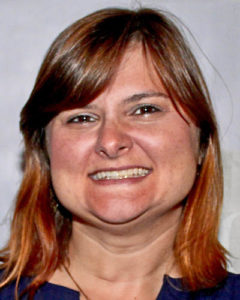 Flor­en­tina Craciun, AICP, is Se­nior En­vi­ron­mental Plan­ner with the En­vi­ron­mental Plan­ning Di­vi­sion of the San Fran­cis­co Plan­ning De­par­tment. Prior to join­ing the City and County of San Francisco, Craciun was an environmental planner at AECOM, where she worked on urban development and water conveyance/dam safety. She holds a master’s in urban and regional planning from UCLA and a BA in history from UC Santa Barbara. Craciun is Awards Co-director for APA California-Northern Section, and enjoys spending her spare time with her pup, her friends, and her family. 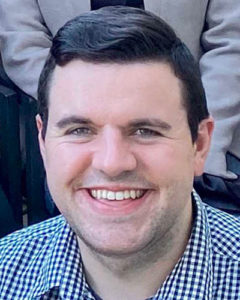 Andrew Hatt has been appointed University Liaison to the APA Cali­fornia-North­ern Section Board. Since September 2019, he has been a Sustainability Planner at Rincon Consultants, where he coordinates with project managers on Climate Action Plan measure development and public outreach efforts. Hatt holds a BA in environmental studies from the University of Michigan. 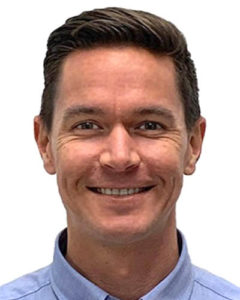 James Hin­kamp, AICP, has moved to Am­ster­dam, Nether­lands, where he is Se­nior Plan­ning Con­sultant with Advanced Mobility Group, a transportation engineering firm specializing in technologically advanced mobility solutions. He was previously associate transportation planner with the Contra Costa Transportation Authority (2018-2019) where he supervised active transportation planning programs and projects countywide and led several community-based transportation plans. Hinkamp holds a dual master’s in engineering (transportation specialization) and city and regional planning from Cal Poly–San Luis Obispo, and a BA in urban studies from Loyola Marymount University. In 2019, he served on the Northern Section Board as Co-coordinator, East Bay Regional Activities (RAC). 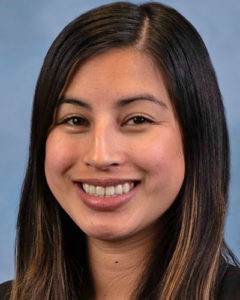 Brianne Reyes is now a Planner II in the Planning Division of the City of San Leandro’s Com­mu­ni­ty De­vel­op­ment De­part­ment, where she will focus on current planning and policy issues. Previously, Reyes was assistant planner with the Town of Danville for one year, and served as liaison to Danville’s Design Review Board and staff representative for the Tri-Valley Affordable Housing Committee. Before that, she was a planning associate for Michael Baker International for three years. Reyes holds a BS in environmental sciences from UC Riverside and a CEQA Practice Certificate from UC San Diego Extension. In her spare time, she enjoys hiking outdoors with her mini-Australian shepherd, playing volleyball, and Olympic lifting. 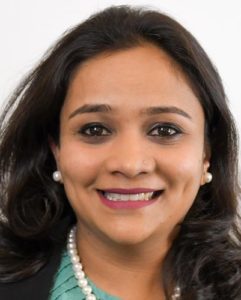 Atisha Varshney, AICP, has been pro­moted to As­so­ci­ate at WRT Plan­ning + Design, San Fran­cis­co. Prior to join­ing WRT in 2016, Varsh­ney was a proj­ect manager for VITA Plan­ning and Land­scape Architecture in San Rafael. Before coming to the Bay Area in 2014, she was an associate designer with OJB in Solana Beach, CA, and an architect and planner with KPF in New York City. Varshney has worked on large masterplans, downtown precise plans, specific plans, and university campus plans — tackling issues of land use, density, geography, mobility, economics, and infrastructure. She holds a master’s in landscape architecture from the Rhode Island School of Design and a bachelor’s in architecture and urban design from the School of Planning and Architecture, New Delhi. Outside of work, Varshney serves on the Urban Catalyst team at SPUR and the Silicon Valley programs committee at ULI.

Rafael Veláz­quez has been ap­pointed APA Stu­dent Rep­re­sen­ta­tive for UC Berkeley. Since 2015, Veláz­quez has been HIV Ser­vices / La­ti­no Well­ness Cen­ter di­rec­tor for Instituto Familiar de la Raza in San Francisco. Currently, he is pursuing a dual master’s in public health and city planning at UC Berkeley. He holds a BA in political science and comparative ethnic studies from the University of Washington. Velázquez serves as an executive committee member for the San Francisco HIV/AIDS Provider’s Network and as co-director for the Mexico City Study Abroad Program at the University of Washington.­ 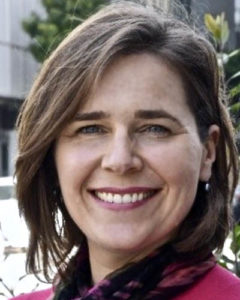 Kara Vuicich, AICP, has joined MTC as Prin­ci­pal Plan­ner / An­a­lyst in the Plan­ning Sec­tion. Over the past eight years, she has been an ac­count ex­ec­u­tive with Swift­ly, Inc., an as­so­ci­ate with Fehr & Peers, a senior transportation planner with the Alameda County Transportation Commission, and a se­nior associate with Nelson\Nygaard. She holds a master of city and regional planning from UC Berkeley and a bachelor’s degree from UC San Diego.