The end of summer vacation and the beginning of the school year bring stark reminders that Covid-19 is forcing much change on our communities.

It brings us to an important moment in the planning profession — an “inflection moment,” as Andrea Ouse, AICP, writes in this issue. The changes show everywhere, from public processes and online data management to housing legislation and implementation, and the need for change is emphasized by our acknowledgement of institutionalized racism as raised by Black Lives Matter. We have all seen and participated in heroic efforts to get our communities’ processes online to create a new public participation process.

The shelter in place emergency of Covid-19 gave a steroid boost to online participation and data management that has fundamentally and irreversibly shifted the workplace and local government processes.

It forced local agencies to develop new ways of engaging the public in land-use processes. Many local agencies pivoted to online decision–making to keep the housing and discretionary process moving. Zoom and GoToMeeting became the primary public process platforms for decision–making, proving that the public’s business doesn’t need to be conducted in person.

As a result, the planning profession is participating in a worldwide beta test of efficient and inclusive processes conducted via cell phones and home computers. Smartphones, Zoom, and GoToMeeting have not only made it much easier for more people to participate, they also have reduced the potential for rancorous debate while invalidating any previous requirements that someone show up in person to be acknowledged at a hearing. Local governments that weren’t already fully online for applications are finding that in-person visits to planning agencies are less and less necessary.

At the same time, governments and other employers realized that people can effectively work from home. This could steer development away from “offices” and provide more land for housing.

The parallel surge of the BLM movement during the pandemic — on the heels of books like Natalie Moore’s “The South Side,” Richard Rothstein’s “The Color of Law,” and Randy Shaw’s “Generation Priced Out” — was a wakeup call to planners. It laid bare how we as a profession helped racism through exclusionary land use and zoning policies, growth caps, a prevalence of, and emphasis on, single-family zoning, discretionary project review, landmarks preservation, and other structures we thought were well meaning.

These structures, led and nurtured by federal, state, and local planning decisions, massively suppressed the housing supply in communities that most needed it. Now California suffers from a statewide dearth of affordable housing. While housing supply, or the lack thereof, has been a political decision, housing affordability is an economic outcome based on numerous market-based factors.

Planners should not confuse the two. Rent control programs are band-aids because they don’t address the problem of supply — as demonstrated in Berkeley and Santa Monica, where housing is unaffordable because supply lagged despite decades of rent control. For example, Berkeley approved fewer than 200 new dwelling units between 1970 and 1995.

The focus on institutionalized racism follows recent state legislative efforts to remove local agencies from making a host of decisions on new housing. The State Density Bonus Law and the Housing Accountability Act have significantly reduced the allowance for public input on many kinds of housing development projects. This does not excite cities used to lengthier and more discretionary processes. Planners are stuck in the middle trying to be responsive to local political decision–makers and community participants, while also trying to comply with more, and more aggressive, state laws. More by-right zoning, implementation tied to policy development, and limitations on housing discretion will be implemented much more broadly statewide in the coming months and years.

Bills like SB 330, SB 35, and AB 2162 are examples. Local control and the politicization and focalization of land use are primary reasons for the 50-year lack of housing production. The State and Councils of Government will be pushing for much larger increments of new housing. CEQA is being pushed aside, as housing opponents are unable to use it to challenge qualifying housing projects in urbanized areas.

The widely recognized inequities of single-family and very low–density zoning are also being targeted by the state. We see this in the advent of compulsory requirements for ADUs and Junior ADUs, which are essentially eliminating single-family zoning across the state. The trend to more intensively using urbanized land by–right, particularly in urbanized and transit-oriented areas, will continue to grow.

Where do we go from here?

As many locales begin the difficult process of re–examining their land use policies with BLM in mind, everything about our profession is up for re-examination. And as the legislature and local agencies work toward greater housing equity and supply, they will also be looking for ways to make digital access the norm in planning operations. Planners should take this time to listen and to advise their decision-makers on the best paths forward. Your energy and courage will be required in all of this. 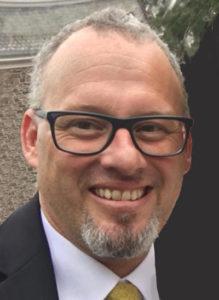 MARK RHOADES, AICP, has been a prac­tic­ing urban plan­ner in Cali­fornia for more than 30 years, in­clud­ing 10 years as City Plan­ning Manager for the City of Berkeley. He is a member of the California Plan­ning Round­table, which just released “Planning to House California – Beyond 2020.” Rhoades studied urban planning at Cal Poly Pomona and UC Berkeley, and holds a bachelor’s degree in political science and urban studies from UC Riverside. He was editor of Northern News from 1994-1996 and Section Director of APA California–Northern from 1999–2000. He now focuses on housing policy and implementation, primarily through the Rhoades Planning Group. This is the fifth in a series of articles from our past Section Directors.