This month, the nation’s surface transportation law — which funds the implementation of so much of planners’ work — will expire.

About a month ago, the House of Representatives passed a sweeping $1.5 trillion infrastructure bill with a transportation reauthorization at its heart. In the meantime, Congress has been at loggerheads over a new COVID-19 relief package and whether to provide further aid for fiscally strapped state and local governments. Another deadline looms with federal spending legislation also due at the end of September. Even on the doorstep of Election Day, Congress faces a busy and critical period with significant implications for planning and communities.

While it may be likely that Congress opts to extend the current transportation program until after the election, both sides on Capitol Hill see the need to tackle infrastructure this year as part of bolstering the economy, tackling longstanding problems, and setting the foundation for recovery. Democrats have signaled in recent days that they may be willing to accept a slimmed down relief bill in hopes of a more expansive and infrastructure-led stimulus in a post-election lame duck session.

When the opportunity does arise to put a new surface transportation bill in place, it appears that Congress is ready to make some significant changes and much needed reforms. Based on action taken by the House and preliminary work completed by a key Senate committee, the next transportation bill is poised to take a planning-led approach to issues ranging from climate change and resilience to new mobility and social equity.

More than a year ago, the American Planning Association outlined four key priorities for transportation reauthorization:

Embedded in each of these principles is the idea of providing greater authority to regions and localities, advancing equity, and supporting a planning process to meet to meet today’s toughest challenges. As we embark on this new and critical phase of action on the legislation, let’s take a look at how the bills advanced so far stack up against these priorities.

The hunt for funding

Neither the House nor the Senate has come forward with a clear, credible plan to address funding. Election year politics and a deep COVID recession have made it treacherous to talk about the gas tax. Both sides have signaled a willingness to support a variety of finance tools, which could provide part of the answer. And, both the House bill and the Senate committee bill advance efforts to move away from the gas tax and toward a vehicle miles traveled (VMT) levy, but a VMT solution still seems to be another reauthorization cycle away from being a likely solution.

There have been discussions about incorporating small patches to the existing revenue structures by taxing electric vehicles that currently do not pay into the system or raising user fees on heavy trucks and freight. Legislators are also looking at a range of ‘one-off’ funding sources that could be tapped to pay for the bill that both parties seem to want to write.

However, the revenue problem has only worsened. Before the COVID pandemic hit, government projections suggested that the gas tax funded highway trust fund would face insolvency by the end of 2021. The drop in travel and corresponding decline in gas tax revenues since COVID hit in the spring have only accelerated the problem. Furthermore, tax declines at the state and local levels are already contributing to delays in capital projects.

Congress may be able to find temporary fixes and resources to enact a bill in 2020, but the long-term challenges of sustainable and predictable funding must be addressed.

An area of perhaps surprising agreement is that the next transportation bill has to address greenhouse gas emissions from the transportation sector, clean energy vehicles, and growing resiliency and hazard mitigation needs. When the Senate Environment and Public Works Committee advanced their bipartisan bill in 2019, the measure included the first ever section on climate change. The provisions largely centered on planning for electric vehicles and expanding resources for resiliency and congestion.

The House-passed legislation went even further with not only a range of new grant programs but also a greatly expanded focus on planning and environmental justice as part of climate policy. The bill would place new planning requirements to measure, mitigate, and reduce climate impacts and emissions. New vulnerability assessments would be mandated, and climate progress would be incorporated into performance measures. To help communities, regions, and states meet these requirements, set aside funding for planning would be expanded, carbon reduction would become an apportionment program, and metropolitan areas would see a slightly larger share of funding.

Both bills recognize the growing impacts of storms and extreme weather on transportation infrastructure with a series of provisions and programs aimed at resiliency. The House bill would invest $6.25 billion in pre-disaster mitigation.

Another area of potential consensus is expanding support for active transportation and safety. Both bills make useful strides in these areas with expanded funding and some useful reforms. However, the House bill goes much further in making reforms that APA has endorsed in earlier legislation. While both bills increase funding for the Transportation Alternatives Program (TAP), the House bill actually expands the percentage set aside and increases sub-allocation to metro regions. The House version establishes a new grant program aimed at community connectivity that has a strong environmental justice focus. Other important advances in the House bill include targeting safety dollars at vulnerable users using a planning assessment. Provisions for vision zero safety planning, maintenance of existing infrastructure, and micro-mobility are also incorporated.

While the Senate bill set an important foundation by expanding active transportation and safety programs, the differences in the two bills on these programs will likely be a key point of future negotiation making on-going advocacy critical.

The Senate Banking Committee has jurisdiction over public transportation programs, and that committee has yet to produce a bill. The House bill expands funding for transit and aims to address the fiscal crisis many transit agencies confront due to the pandemic. In addition to formula funding for transit, the House legislation expands efforts to better align transit, land use, and housing with a new transit supportive communities office and incorporation of housing into federal capital investment grants. The bill also makes more projects eligible for the streamlined “small starts” program.

Looking to the future

Reauthorization legislation is an opportunity to reset the vision and mission of the federal program and to begin preparing communities and regions for the needs of the future. This preparation for the future requires a combination of planning, research, investment, and regulatory changes. The bills under discussion make some progress in these areas but still leave unanswered questions. Both bills aim to improve the use of data and modeling. Both invest in addressing new infrastructure needs related to clean energy mobility and connected infrastructure. The House approach goes further in positioning the planning process to address issues of climate change, resilience, housing, and equity in the planning process.

While both the House and Senate acknowledge the need to pursue a replacement for the gas tax, the House version expands pilot programs more aggressively. The House also places a stronger emphasis on the role of metro areas, performance, and assessments in tackling critical issues. It remains to be seen whether emerging technologies in areas like autonomous vehicles and drones will be adequately addressed in the legislation.

While there is the opportunity for vital funding and new approaches in the next transportation bill, there remains much work to be done. It is essential that Congress hear directly from planners and other community leaders about the importance of acting now. Even if programs are temporarily extended, Capitol Hill will be focused on both the role of infrastructure as a tool for economic recovery and the need to pivot the transportation program in new directions to tackle today’s challenges. Looming over it all is to how to pay for it and how to empower regions and localities through better planning. Your voice is essential. Congress needs to hear the stories that show the real impact planning makes in leading recovery and the real needs that communities face. With deadlines looming, the coming weeks will make an enormous difference for the future. 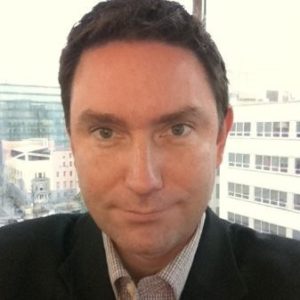 Jason Jordan is policy director at the American Planning Association. A version of this article appeared in Next City on September 3, 2020.

Return to the October issue of Northern News here.