Small-scale improvements in parks and recreation amenities can make a big difference in California’s small- and mid-sized communities.

The $4 billion Parks, Environment, and Water Bond Act of 2018 passed by California voters created significant funding for parks improvements and expansion, especially for underserved communities. Cash-strapped communities have tapped Prop 68 funds to address long overdue parks needs, and now, with impacts of Covid taking hold, the competition is heating up for grants. With three rounds of funding complete, the fourth round of $395 million has an application deadline of Dec. 14. How can applicants maximize their chances? What’s made for successful projects before, and how best to pursue future funding?

Through our work designing parks and outdoor spaces, we’ve seen some recurring themes in winning proposals for Prop 68 funds and other submittal processes. As with all RFPs and selections, close adherence to program guidelines is crucial. A key goal of Prop 68’s current funding program is enhancing access for all ages and abilities, especially for parks in disadvantaged and ‘under-greened’ communities.

Here’s an update on the program and tips for success.

In the past year alone, state parks distributed $254.9 million in 62 grants to 52 recipients under the Statewide Park Development and Community Revitalization Grant Program funded by Proposition 68. Funded projects run the gamut and the geography of California, from rural to urban, and from small renovations to major new facilities. While several large cities received $8.5 million top-line grants, smaller projects can make important impacts, such as the $640,000 grant for La Placita Parkette Renovation in Placentia, Orange County.

Cites and parks jurisdictions are working diligently to meet the next deadline, Dec. 14, and those who miss out will want to consider applying — or trying for next year’s round.

In our work designing and implementing parks projects in California, we’ve found the Prop 68 grants process well organized. To optimize chances for success, applicants can:

— Plan early, study other projects, and refine until yours is the best it can be. Some efforts start six to 12 months ahead.

— Create high-impact projects that can serve diverse populations in virtually every part of the community.

— Reach out to get community input — crucial for strong applications and successful implementations.

The range and flexibility of Prop 68 funding is far reaching.

Applications for Prop 68, due Dec. 14 for the current round of funding, are in the home stretch, but jurisdictions with ideas — big and small — for their underserved constituents can still get moving on a submittal this year, or look ahead to the next rounds.

For more information, visit the Prop 68 site. There you’ll find information on current Prop 68 funding as well as two further programs now in comments phases that would provide more opportunity: the Regional Park Program and the Rural Recreation and Tourism Program. 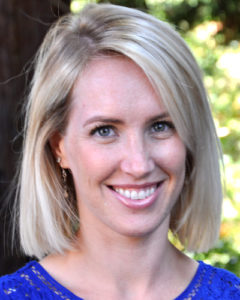