Senate Bill 35 (Government Code section 65913.4) was enacted in 2017 as part of an effort by the State Legislature to increase housing production. The law compels local agencies, including charter cities, to issue streamlined approvals for qualifying multifamily residential projects, even, at times, where a project conflicts with a local ordinance. In Ruegg & Ellsworth v. City of Berkeley, the court rejected Berkeley’s claim that SB 35 impermissibly interfered with the constitutional “home rule” authority over historic preservation granted to charter cities. No. A159218 (1st Dist. Apr. 20, 2021). The decision represents the first published opinion to uphold SB 35 against challenge.

To qualify for streamlined, ministerial approvals under SB 35, a project is required to comply with several criteria, among them that the development is not located where it would require demolishing “a historic structure” placed on a national, state, or local historic register. (Gov’t Code § 65913.4(a)(7)(C).) In Ruegg, the City of Berkeley denied a streamlining application on several grounds, including that the controversial, proposed mixed-use development would affect part of the West Berkeley Shellmound, a designated local landmark. The court rejected the City’s determination, finding there was no evidence that this (widely-acknowledged) subsurface resource reasonably could be viewed as an existing “historic structure” under SB 35.

The court also held that the Legislature was not prohibited from addressing through SB 35 the “municipal affair” of local historic preservation. SB 35, the court determined, addresses a matter of statewide concern — the lack of affordable housing — and the streamlining law is reasonably related to resolving that issue and does not unduly interfere with the City’s historic preservation authority. On these grounds, the court determined that the project at issue was not subject to a requirement in Berkeley’s Landmark Preservation Ordinance that a city commission approve construction in a designated landmark.

The court’s conclusion rested, in part, on its recognition that “historical preservation is precisely the kind of subjective discretionary land use decision the Legislature sought to prevent local government from using to defeat affordable housing development.” In upholding SB 35, the court had little trouble sustaining the direct connection the Legislature drew between subjective local land use decisions and the statewide affordable housing crisis. 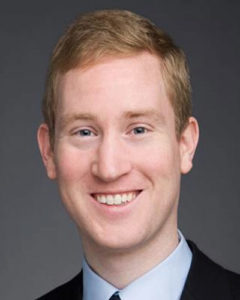 Alan Murphy is a Land Use, Development, and Environmental Attorney with Perkins Coie LLP, San Francisco. In his practice, Murphy secures and defends land use entitlements and counsels clients throughout the approval process. He has significant experience with general plans, zoning, use permits, variances, development agreements, the Density Bonus Law, the Housing Accountability Act, other state housing legislation, and CEQA. Murphy holds a JD from Yale Law School and a BA in political science from Stanford University.

A version of this article appeared in California Land Use and Development Report, Perkins Coie, May 6, 2021. Republished with permission.

[Ed. note: In Berkeleyside, Frances Dinkelspiel provides local context on the perspectives of the property owners, members of the Ohlone community, and city officials. Read an excerpt of her coverage in Northern News here. Separately, AB 168, in effect since September 25, 2020, added a tribal consultation requirement to SB 35 projects, closing a potential loophole allegedly used by the developers.]