Cars want the streets back; cities could do better without them

With people flocking to restaurants, bars, and museums now that pandemic restrictions have been removed, some business owners and institutions are moving to reclaim the streets and parking spaces that had been given over to things like dining tables, public squares, and recreation. The bring-back-the-cars crowd argues that without driving access, businesses and visitor destinations will suffer. But the other side may have the upper hand in this fight if people are willing to listen. This week’s roundup features an overview of the issue and some data that suggest cities would be better off leaving those pandemic-driven car-free spaces car-free permanently.

The cars called; they want their streets back. But are those streets really theirs?

[In Slate, June 10, 2011, Henry Grabar] puts the question bluntly in the headline: “Who gets the streets now?”

The suddenness of the switch from car dominance to people dominance once the lockdowns took effect was astonishing. Maybe less astonishing was the way businesses and people took over the spaces the cars vacated. But what may not be astonishing is the way many now want to return to the status quo ante. The pandemic, it seems, hasn’t changed the way we think.

In San Francisco, for instance, the museums in Golden Gate Park are pushing the city to reopen the park drive, which was closed when the lockdowns took effect. The museums argue that if their patrons can’t drive right up to them, attendance will suffer. The reopening has even been cast as an equity issue: the president of the San Francisco Board of Supervisors, Shamann Walton, said the car-free park was “segregationist polic[y]” and “looks like the 1950s South,” and fellow supervisor and Chinatown native Connie Chan also said that letting people drive into the park was a racial-equity issue. Yet city data show that the distribution of visitors to the park by supervisor district has not changed as a result of the closure, bike and pedestrian visits have soared, and 5,000 parking spaces remain accessible.

The essay also noted the speed with which the changes took place: Many of the changes would have taken months to implement at best under normal review processes. And the same changes call into question the way cities regulate the use of space.

But, the essay concludes, if profound transformations in dining could take place in New York by reassigning 8,000 of the city’s parking spaces, how much more of a transformation could occur if we repurposed more?

Buffalo removes parking minimums; researchers find city gets along fine without them

One answer to that question comes to us from Buffalo, where the city rewrote its zoning code in 2017 to remove all minimum parking requirements for new developments. The city was the first in the country to make this move, and two researchers at the University at Buffalo have found that getting rid of those requirements produced more walkable development and many fewer parking spaces in the first two years after the city adopted its “Green Code” zoning ordinance.

Writing about their research in The Conversation on June 10, professors of urban and regional planning Daniel Baldwin Hess and Jeffrey Rehler summarized it thus: “We found that the Green Code is changing Buffalo’s urban form in ways that had been difficult, if not impossible, under former zoning rules. As local leaders seek to reenergize the urban core and spark a post-industrial renaissance, public transit is now a priority. Inactive storefronts, underutilized historic structures, and former industrial buildings are being rehabilitated, and vacant parcels are being developed in fragmented neighborhoods.”

Hess and Rehler found that new mixed-use residential/retail developments had 53 percent fewer parking spaces under the Green Code than under the old code, and that some new projects of this type did without parking entirely, opting to use spaces in adjacent properties. And while many builders of exclusively residential properties either built the same number of spaces or even more, the code led to a 47 percent net reduction even there, and at least one project unbundled its parking from its residences, requiring residents to pay for parking spaces.

The new code has led to denser, more pedestrian-oriented development along transit corridors as well.

The researchers note that momentum for removing parking requirements is building: Minneapolis got rid of them in zoning code revisions implemented this year, and at least four other cities are considering the move. They conclude on an optimistic note: “In the future, U.S. cities could look quite different, designed for citizens rather than parked cars.”

The Boston Globe reported on June 10 that a survey of Boston-area voters found that many of them would rather keep outdoor dining and bike lanes rather than return them to parking spots.

The survey of 670 voters in Boston and its inner suburbs conducted by MassINC Polling Group found that 79 percent of them support more space for outdoor dining and 75 percent support more bike lanes, even if the changes meant less space for parking and driving.

The survey comes at a time when the state is considering whether and for how long to extend the expedited permit process that made all that outdoor dining in parking spaces possible. Massachusetts Gov. Charlie Baker, a Republican, is leaning towards allowing municipalities to continue to issue expedited permits through Nov. 29, but the Massachusetts Restaurant Association wants them to continue through 2022.

“Pandemic or no pandemic, I think Bostonians have realized they really like [outdoor dining]. It’s something I think everybody wants to make more of a permanent fixture,” Bob Luz, president and CEO of the Massachusetts Restaurant Association, told the Globe.

The survey also found that the reallocation of space led to a jump in bicycle ownership and usage, with 17 percent of respondents saying they bicycled more than they did before the pandemic. About half the respondents said they owned a bike, and 69 percent supported adding bike-share stations to improve access.

About 62 percent of the respondents lived in the city, with the remaining 38 percent living in the inner suburbs.

However, even though they supported turning more of the street over to people, 42 percent of respondents said they expected traffic to return to pre-pandemic levels, which would require some hard choices on the part of public officials.

“If we find that traffic really does come back and does create conflicts with these policies that’s the balancing act that these mayors, senators and all these folks who are working on these issues are gonna have to deal with,” said Richard Parr, research director at MassINC. “I think this poll has data points that suggest that is going to be a challenge.” 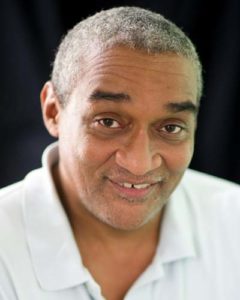 Sandy Smith is the home and real estate editor at Philadelphia magazine. His work has appeared in Next City, Hidden City Philadelphia, and the Philadelphia Inquirer. His interest in cities stretches back to his youth in Kansas City, and his career in journalism and media relations extends back that far as well. He holds an AB in government from Harvard.