As we look to address the vestiges of historic wrongs done to various minorities in our communities, we should not ignore the persecution of religious minorities and their houses of worship. Mosques have been attacked. Synagogues have been vandalized in several major cities. Jewish Americans have even been excluded from certain neighborhoods or entire towns.

In 1985, in Cleburne v. Cleburne Living Center, the Supreme Court finally struck down a zoning code for discriminating against the intellectually disabled in violation of the equal protection clause of the Fourteenth Amendment. But the decision did little to slow zoning and land use as one of the most powerful and effective ways to direct the future of a community.

As zoning powers expanded, religious and racial minorities were often the ones that suffered. Local zoning boards were increasingly vested with discretionary authority over who went where and on what conditions. Religious assemblies in particular found themselves up against unequal and burdensome regulations that made it nearly impossible to locate in their community. Some codes excluded new religious assemblies and institutions altogether. Others imposed unequal permitting requirements that subjected religious groups to zoning approval procedures that added time and costs to their projects.

In 2000, Congress responded to the mounting evidence that municipalities were abusing their zoning powers by enacting the Religious Land Use and Institutionalized Persons Act, and for the past 20 years, RLUIPA has helped thousands of religious groups overcome zoning barriers. In several widely reported cases, courts have ordered municipalities to pay millions of dollars to Jewish groups that were wrongly denied zoning approval.

But it still remains a relatively unknown and under-enforced statute. Far too many municipalities still know nothing about RLUIPA, and far too many religious groups suffer because they don’t know that a strong federal civil rights law is available to them. For every reported lawsuit, there are likely many others that were never filed because of a lack of familiarity with RLUIPA.

In some cases, the Justice Department has had to intervene to enforce RLUIPA’s provisions. In Hollywood Hills, Florida, local authorities harassed a synagogue’s congregation with parking tickets and then revoked its initial zoning approval, calling the synagogue “too controversial” and saying it would “never fit in Hollywood Hills.” After years of litigation, the city settled the case by paying the synagogue $2 million in damages and attorneys’ fees. As part of the settlement, the city also agreed to train its employees and leaders on the requirements of RLUIPA.

In one of our Michigan cases, an Islamic community center was denied zoning approval for a new mosque even though it met all the code requirements. There was tremendous opposition from neighbors, and one planning commissioner even said that if the mosque was a church there would be no problem approving it. Ultimately, after a lawsuit was filed, the City eventually settled the case and allowed the mosque to be built — albeit years after it should have been built. 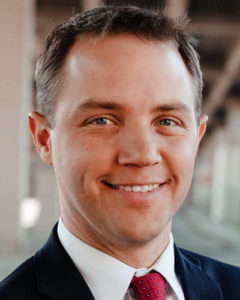 Noel W. Sterett is an attorney and partner with Dalton & Tomich, PLC. He has practiced law for 14 years and devotes much of his practice to defending religious property rights in courts across the country. You can reach him at nsterett@daltontomich.com

A version of this article was previously distributed by Religious News Service.