The City of Cresent City, California, recently adopted an economic development strategic action plan, more commonly known as the Economic Cookbook. Unlike other documents of its kind, this plan is designed to be used as a cookbook, with the projects as “recipes.” The projects can be “prepared” independently of one another as the desire or opportunity arises. If the City finds that it has the right “ingredients” to tackle one of these projects and if the City Council determines that the project is a priority, then City staff can follow the step-by-step instructions to prepare the project for the community to enjoy.

Cresent City, located almost at the very northern edge of California in Del Norte County, started out like many towns in the State with the discovery of gold — in this case, along the nearby Trinity River. A great migration of miners and entrepreneurs soon followed and Crescent City was born. Gold fever did not last long, though, and soon miners were pulling out of the area. As the gold rush declined, the lumber industry grew and became the economic backbone of the northern coast for close to a century. As successful as it was, lumber production in the region peaked in the 1950s and has been declining ever since.

Disaster hit in 1964 when the Good Friday earthquake in Anchorage, Alaska, triggered a tsunami that inundated a large portion of the city, destroying 29 city blocks and hundreds of buildings. The community attempted to quickly rebuild downtown but did not enforce a standard downtown urban grid development pattern.

Before the tsunami, most of downtown Crescent City was developed in late Victorian style with two and three-story buildings abutting the sidewalk, with ground floor storefronts and upper floor residential units. In the years following the tsunami, many downtown blocks were rebuilt to resemble suburban highway strip malls, with large parking lots separating the sidewalks from one-story buildings at the back of lots. No major developments have occurred in the downtown area since, and the city remains much the same as it was in the late 1960s, with a car-centric design and an abundance of strip malls.

Over the years, the fishing industry, supported by Crescent City’s harbor, government institutions, and tourism, has provided the economic base to get by and survive. But according to City Manager Eric Wier, “the potential for economic development has always been here … but we haven’t lived up to the full potential yet.”

In an effort to jump-start economic activity in the area and revitalize downtown, the City applied for and was awarded funding through the US Department of Housing and Urban Development Community Development Block Grant program to create an economic development strategic action plan; the Cookbook.

Economic development plans are a common way for cities to identify a vision and develop strategies to achieve that vision. These plans are great tools to help guide staff in drafting policies and programs to promote growth and prosperity for the city. Yet the plans often are left untouched because they lack instructions for implementation. The Cookbook was designed to solve the dilemma by providing clear, step-by-step instructions on how to implement projects.

Each economic strategy in the Cookbook is designed like a recipe that can be printed on both sides of a single sheet of paper and given to a staff member, business owner, or other interested persons to help guide economic development in the city. On that paper are the necessary ingredients (such as people, marketing materials, or permits), the time required to complete the recipe, the estimated budget, and the directions.

The most important recipe in the Cookbook is the first: “Give Away This Plan!” It is also the simplest and one of the least expensive as it only requires three ingredients: an email, a photocopier, and a local copy shop. The idea is to spread these recipes far and wide to attract as much attention as possible to pique the interest of potential partners and entrepreneurs. City staff, council members, business owners, and the public are encouraged to make copies of any recipes they want and share them with anyone who is interested.

Using this format, the City and its consultants prepared over 80 recipes to promote economic development in the city and the surrounding region. The recipes cover tourism, marketing, implementing the Beachfront Park Master Plan, recruiting niche manufacturing, developing partnerships, and so much more.

To come up with so many ideas for the Cookbook, a meaningful and wide-reaching public input process was conducted involving representatives from many sectors and the general public. Three separate technical advisory committee meetings were held with representatives from Crescent City, Del Norte County, Crescent City Harbor District, Elk Valley Rancheria, and more. A public survey, made available online to gather community input on what is wanted and needed for a thriving city, was vital in developing the ideas that inspired each recipe in the Cookbook.

While there is no certainty that the Cookbook will help Crescent City achieve its full potential, it provides a springboard for long-term economic development that can help the city prosper and thrive long into the future.

The plan can be viewed and downloaded here. 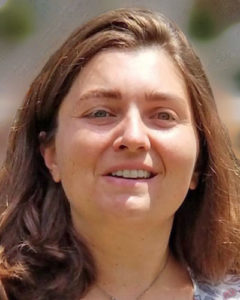 Krystle Heaney, AICP, is as an Associate Planner with Planwest Partners in Arcata, the prime consultant on the plan. Before joining the firm in spring 2019, she was a natural resources analyst with EN2 Resources in Placerville. Heaney is a Certified California Naturalist and holds a BA in geography from Cal State University–Sacramento. You can read her recent Northern News article, “Small Towns take planning big,” in the February 2021 issue of Northern News.