In 2019, California Governor Gavin Newsom signed two laws [in 2019] streamlining the process for building accessory dwelling units, defined as new units or repurposed rooms intended to house more people than a home was originally designed to house. The laws limited the ability of cities to zone ADUs out of existence; they set a minimum size that local ADU regulations must adhere to, and sped up the approval process. Much like a suite of over 30 bills signed by Newsom last month, it was intended to boost the supply of affordable housing across the state. But now that cities in the East Bay are rewriting their local ADU laws to conform with the new state laws, some are arguing that there’s a fire risk inherent to over-developing some neighborhoods.

In Berkeley, Council Member Susan Wengraf, who represents the affluent Berkeley Hills neighborhood, argues that any new ADUs in the area need to be smaller and require other restrictions, risking a potential legal fight with the state according to reporting from Berkeleyside. Wengraf believes that a denser population in the neighborhood would lead to congested roads that could prove fatal should the population face a catastrophic wildfire. Others, including Debra Sanderson of the city’s ADU taskforce, told Berkeleyside these concerns are unwarranted given the slow pace of ADU construction in the area.

In Oakland, a proposal from the city planning commission would set even tighter restrictions than those in Berkeley, banning exterior ADUs in certain fire-prone neighborhoods with narrow roads in the Oakland hills, according to Oakland North. Interior ADUs like basement apartments would still be allowed under the proposal. Some neighbors who remember the October 1991 Oakland Tunnel Fire, in which 25 residents died, believe these restrictions don’t go far enough, and that the state needs to better consider new construction in areas with wildfire risk.

[This article was originally published in Next City’s The Bottom Line as “Housing in Brief: In Latest Bay Area Housing Debate, It’s ADUs vs. Wildfire Safety.” Republished with permission.] 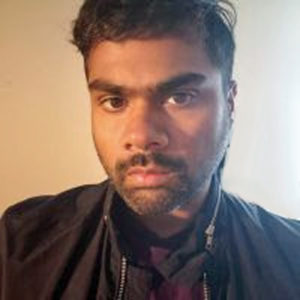 Roshan Abraham is Next City’s housing correspondent and a former Equitable Cities fellow. Follow him on Twitter at @roshantone.

See the November Northern News for “How to preserve and protect housing from wildfires” to learn about upcoming and already recorded Zoom workshops hosted by ABAG.