America’s downtowns were struggling before the COVID-19 pandemic — with vacant storefronts common, especially in formerly industrial communities and smaller rural cities. Now they’re common in business districts across the country, too. It’s time to bring our downtowns back to life by making small-scale manufacturing a zoning priority — to increase business growth, add needed vitality, and enhance racial equity.

Small-scale manufacturers (from hardware to handbags to hot sauce) are distinguished by the fact that they sell their products both in storefronts and online. That’s key because it means they have multiple sources of revenue. They are not solely dependent on foot traffic for sales, as so many struggling downtown shops are. Yet they benefit from the increased visibility of a storefront location and add to a downtown’s appeal to residents and tourists alike. Their production is modern manufacturing — clean and quiet — and fantastic experiential retail when people walking by can see things being made.

Historically, however, small-scale manufacturers have been overlooked, as recent downtown development efforts have focused on attracting major-brand chain stores downtown for large footprints of space. Those efforts failed in many cases and, even when successful, led to homogenized undistinguished downtowns that easily lose their value, lose their tenants, and lose their draw.

Where then do you look for small-scale manufacturers? Right in your own backyard.

That’s the beauty of it. Every community has them. They’ve just been overlooked, because they are often home-based, in a backyard garage, or tucked away into older small industrial buildings.

Their business ownership is also typically broadly diverse — crossing racial, ethnic, income, and other divides in our communities. That’s because their unique products draw on the heritage and skills of a wide variety of individuals and communities. These businesses also create good jobs for people with a broad range of skills and generate community wealth.

The challenge is to draw those businesses out of homes and hidden industrial corners and into downtown or neighborhood main streets. There they can create the distinguished business districts that thrive on local products, offer unique handiwork, and provide a reason for people to linger and visit. That’s where zoning can be so vital.

Too often, zoning simply designates what is not permitted. Or provides broad brush strokes of “mixed use” without thinking about who benefits from the space. But it should be a vehicle for encouraging what’s needed — not just in broad terms (commercial vs. residential) but nuanced ones.

That requires an understanding not only of community interests, but also of the specific needs of the businesses to fill those spaces. It requires discussions with property owners to understand their challenges and flexibilities — and, in some cases, to create incentives for them to invest in new approaches.

Local policies can provide incentives to draw businesses out of their current settings and into downtown. Zoning can also encourage an appropriate set of real estate options to ensure the right amount and types of spaces. The space’s size must fit the business’s needs, but its nature is also crucial. It could be a shared retail or production facility, or scale-up space. It could also be specialized, as in a shared kitchen facility, a collection of certain businesses, or an area of micro-retail spaces for small businesses. Alongside the appropriate types of spaces, the zoning also needs to allow the diversity of uses — retail with production in the same space. Events and programming, food and beverage — all can be ancillary uses that bring energy and excitement to the area.

Using zoning in this way is not without precedent. But it should become prevalent.

New York City’s famed Times Square was brought back to life in the 1980s through special purpose zoning. There, new buildings above a certain size must reserve at least five percent of floor space for entertainment and theater-related uses. That requirement created an incentive for developers to seek out theatrical entities that might otherwise have been in obscure space (“home-based” in effect) and bring them “downtown” to add to Broadway’s vitality.

Columbia, Missouri, recently revised its zoning code to encourage artisan manufacturing in The Loop, a commercial and industrial corridor north of downtown. The new designation will allow that corridor to develop into a more vibrant place with space for local product businesses to bring new energy and good-paying jobs to the area.

Ithaca, New York, has a downtown Central Business District zone that allows most uses — but not manufacturing at any size. The only place to include this use is in grandfathered buildings because they were “manufacturing” before the current zoning was established. That means one developer could create micro-retail space for production only because it was formerly the newspaper printing press building. No neighboring building could do the same

Too often zoning focuses on simple classifications when it should play a far more nuanced and central role in the revitalization of downtowns. It should be tailored to each community’s needs, but it should amplify the role of small-scale manufacturing.

We know how to create vibrant downtowns. We just need to build on existing strengths — homegrown businesses and local zoning — to incentivize small-scale manufacturing to move downtown. 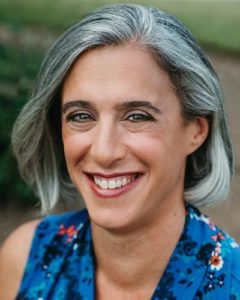 Ilana Preuss is Founder and CEO of Recast City and author of Recast Your City: How to Save Your Downtown with Small-Scale Manufacturing (Island Press, 2021). Previously, she led the technical assistance program at the U.S. Environmental Protection Agency’s Smart Growth Program and served as vice president and chief of staff at Smart Growth America. She holds a master’s in city planning from the University of Maryland and a bachelor’s degree in urban and regional studies from Cornell University. You can reach her at ilana@recastcity.com.