Electric scooters are making their way into cities across America. However, most e-scooters on the market now can’t accommodate people with disabilities. To solve the problem, scooter operator Bird, in partnership with mobility equipment rental company Scootaround, launched a pilot program in the Bronx that provides electric wheelchair and mobility scooter rentals in July. Now they’re taking this program to San Francisco, according to a Bird spokesperson.

“As micromobility options such as shared bikes and scooters continue to expand, we must ensure the benefits of these improved transportation networks be made as widely available as possible, including to persons with disabilities. Innovative partnership programs like this are an important part of that process, and we welcome Bird’s proactive participation in bringing them to life,” Scootaround CEO Kerry Renaud said, in a press release announcing the launch of the New York pilot.

The ongoing Bronx pilot allows users to rent three- and four-wheel scooters, specifically designed for people with disabilities, as well as power wheelchairs, through the Bird app. Different from other e-scooter programs that charge by the minute, users rent these scooters and wheelchairs for $5 per day for up to 14 days and are able to select a convenient pick-up and drop-off location. An in-person tutorial is provided on the day of the reservation to help users get comfortable with riding the scooters and offer instructions on how to properly charge and store the vehicle. Bird has not shared any data publicly on how many people have used the service since it launched in July, but a Bird spokesperson told Next City that the company is pleased with the initial rollout and the pilot is going as planned in the Bronx.

Dustin Jones, a New York board member of the Center for Independence of the Disabled, has been a wheelchair user for ten years. He is excited about programs that accommodate people with disabilities but thinks the current service areas are too limited. When Citi Bikes, the city’s bikeshare system, and shared e-scooters first came to the streets of New York City, he felt left out.

“The way they advertise it — all New Yorkers can come and have this experience — That’s not true. I can’t. So what am I? You’re saying I’m not a New Yorker? I don’t exist? We don’t exist? That’s hurtful,” says Jones.

A Bronx resident himself, Jones is disappointed that the neighborhood he lives in still isn’t covered in the current pilot area. He is moving to Chelsea soon, where he sees a lot of people riding Citi bikes and e-scooters. He hopes that the companies could expand the program soon so he can go hang out in the park with his friends on nice winter days.

“I’m really hoping that somehow they could bring something over, to make something work. I would definitely love to run around Central Park or just wander around the city and do things that people are doing [on e-scooters] because obviously this is the future,” he says.

The San Francisco program launched on Nov. 15. This ongoing program runs similarly to the New York pilot, though users in San Francisco will have to book vehicles through Bird subsidiary Scoot. Bird plans on making this partnership available to other cities in the Bay Area soon, according to a company spokesperson. 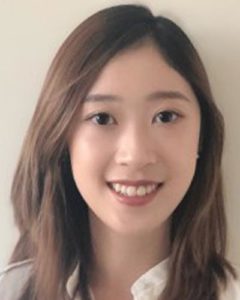