To me, what once made Mill Valley amazing — even legendary— was what the 2,400 people who lived and worked in the town did when they weren’t working. You cannot expect such a large portion of the population to be exceptionally creative artists, writers, painters, actors, and entertainers if they no longer live here. And while the population grew by 10 percent over the course of a half century, the number of people who live and work in the town — and presumably serving the local population — dropped from 18.5 percent (2,400 out of a population of 12,942) in 1970 to under 3 percent (400 out of a population of 14,231) in 2020. During the same period, traffic almost doubled on East Blithedale Avenue, the town’s main thoroughfare, with gridlock growing from zero in 1970 to an average of four hours a day in 2020.

Soaring rents — especially since 2000 — displaced 2,000 people who once worked in town. They had to move far away where they could afford rent. Those workers forced into long commutes are the most harmed, but everyone in the larger area is now victim to gridlock in the East Bay freeway system, on the Richmond Bridge, at the Highway 101 Interchanges, and on the thoroughfares into town.

Nothing is accomplished by adding affordable housing if the new residents wake up in the morning and drive cars. To assure the least car use going forward, this Sustainable Development Overlay Model has been included in the Mill Valley General Plan. Its intent is to encourage maximum incentives — density bonuses, loans, special treatment — for under-market housing in ‘Sustainable Development’ areas where parcels are both high-walk and high-transit.

The maps reflect sustainability factors and their relationship to housing in Mill Valley. The selected sustainability factors were adapted from the “Six Livability Principles” developed by the Office of Sustainable Housing and Communities created in 2010 in the U.S. Department of Housing and Urban Development. Seeking to reduce traffic gridlock and strengthen the community socially, the most pertinent factors are the locations of transit and amenities relative to housing.

The maps illustrate how these sustainability factors potentially affect the provision of housing. As noted in Program 32 of the Mill Valley Housing Element, should any residential or mixed-use projects compete for funding, these maps are intended to help determine and prioritize the parcels that are more walkable. 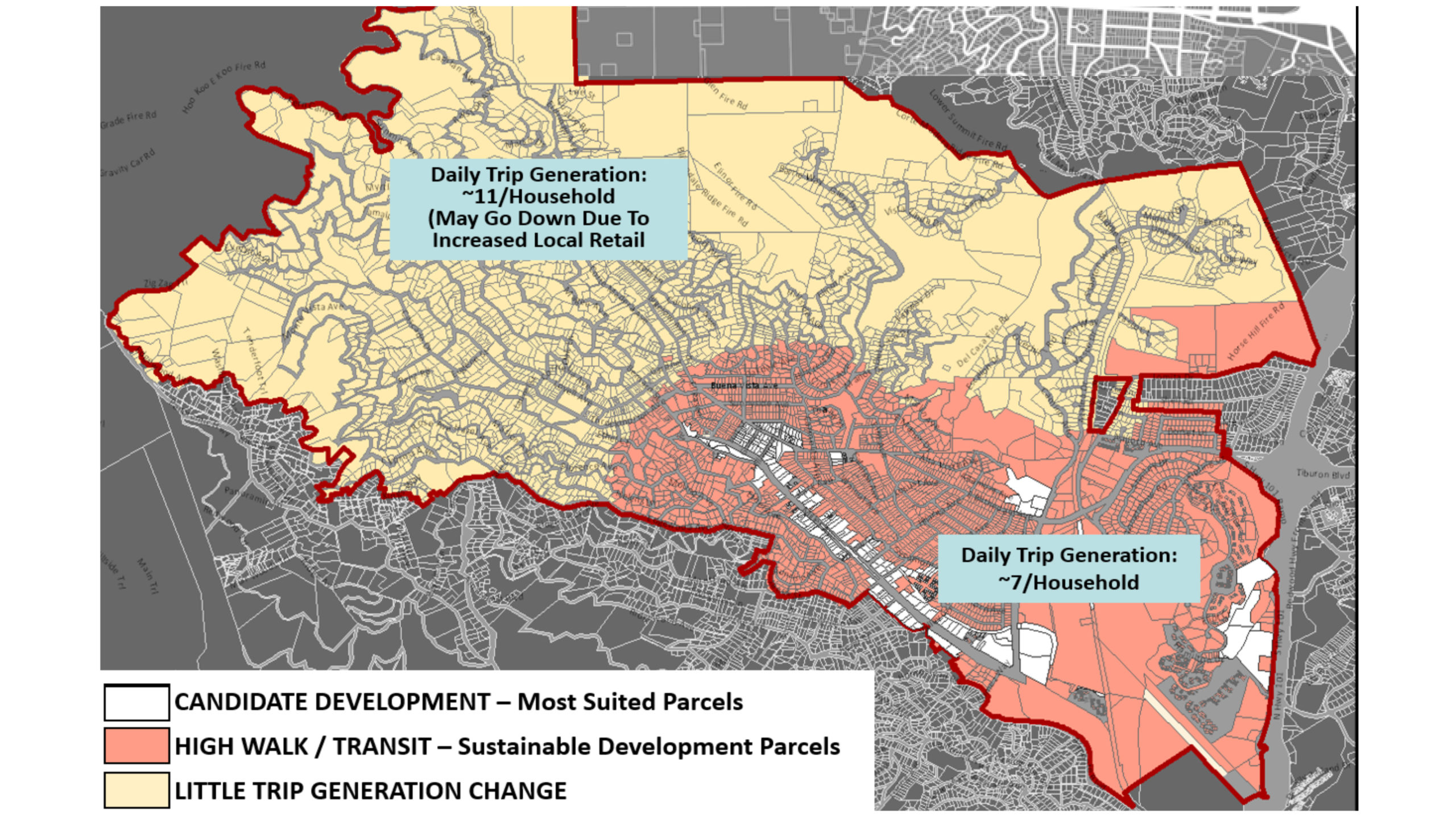 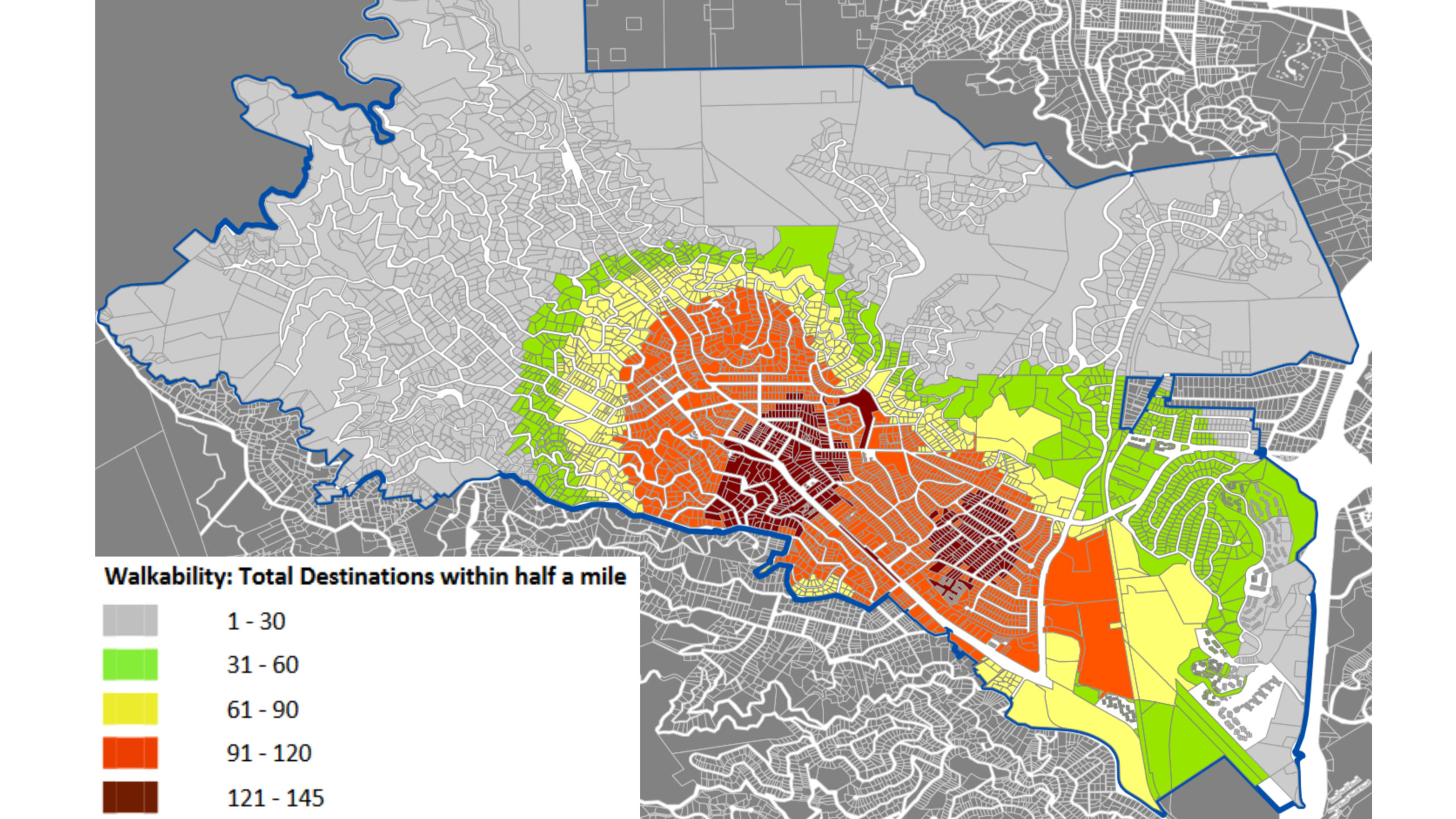 This figure adds information about the relationship among destinations and residential parcels by showing how many destinations are less than one-half mile from each parcel. The parcels in darker colors have the most amenities within a half-mile distance, indicating a higher “walkability” — i.e., proximity and easily walkable access to amenities.

Proximity to Transit in Mill Valley 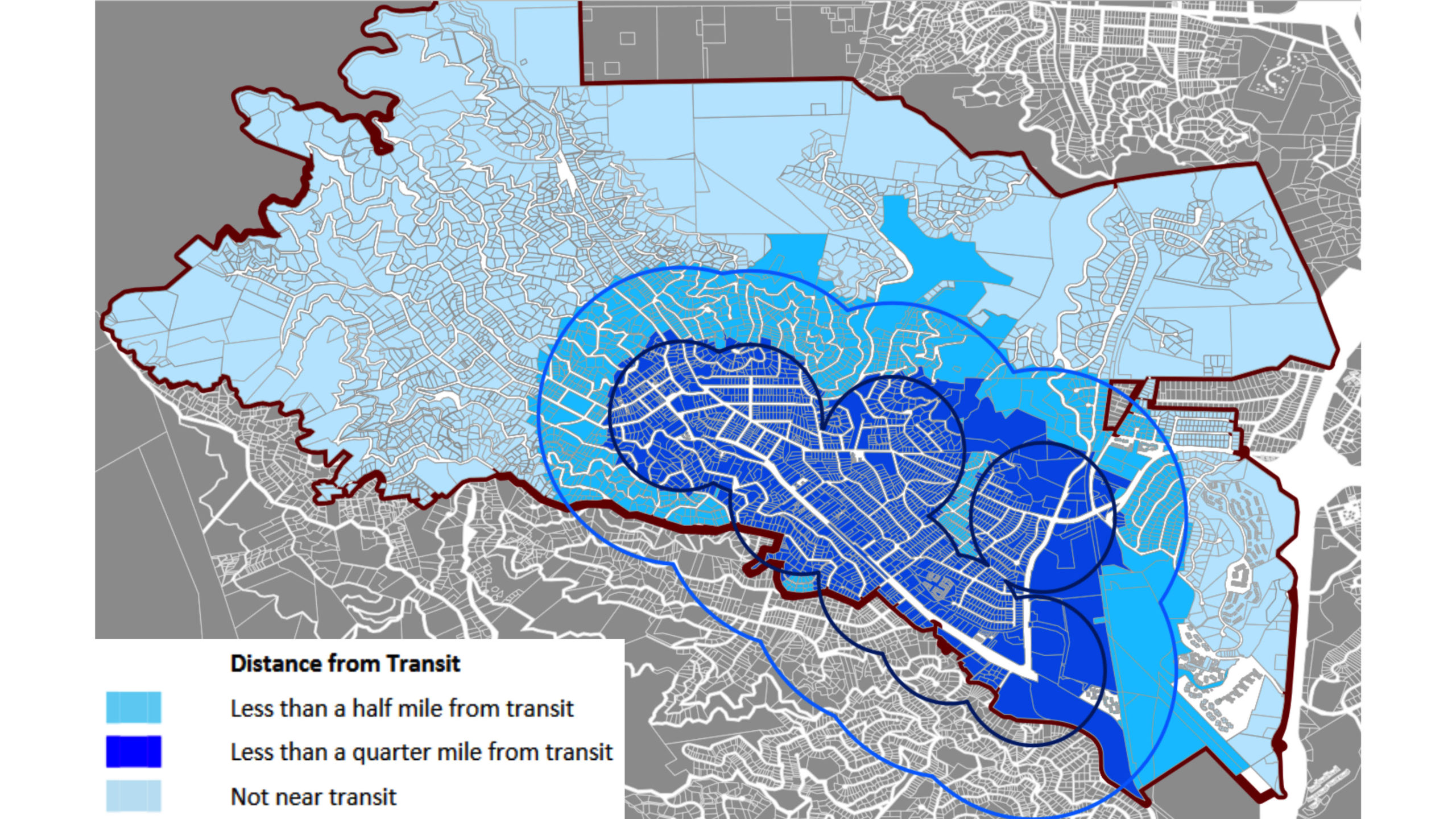 This figure shows the parcels closest to bus stops and lines. The parcels best served by transit are concentrated in the downtown and other commercial areas. 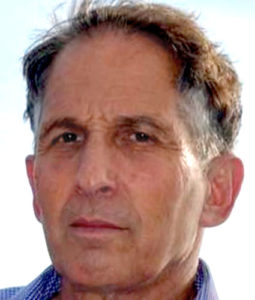 Dennis H. Klein is President and CEO of Boundary Solutions, Inc., in Mill Valley, California, a firm he founded in 2001. He holds an MS in civil engineering (municipal infrastructure) from UC Berkeley, Institute of Transportation Studies, and a BS in civil engineering from the University of Maryland. You can reach him at dklein@boundarysolutions.com.