James A. Casta­ñeda, AICP, who joined the North­ern Sect­ion Board in 2011 and was Di­rec­tor of our North­ern Sect­ion in 2019 and 2020 before de­part­ing for Los Angeles, is now a senior assoc­iate at Place­Works’ Los Angeles office. Pre-pandemic, Castañeda was a planner for the County of San Mateo for 14 years as both a program coordinator for the SFO Community Roundtable and a project planner in the Current Planning Section. Sheppard Mullin Richter & Hampton LLP hired him as senior land-use planner for their Los Angeles office early in 2020. Castañeda holds a BS in city and regional planning from New Mexico State University. He still plays SimCity 4, lives in West Hollywood, and is engaged to a city planner.

Isabel Cas­tel­lano, whose di­verse train­ing in­cludes arch­itect­ure, cons­erva­tion, and arch­aeo­logy, has joined M-­Group as Hist­oric Pres­erva­tion Spec­ial­ist. Prior to M-Group, she contributed to the technical development of a number of architectural and urban planning projects. Most recently, Castellano worked for PPM Consulting Engineers as a consultant to the City of Miami Planning Department’s Historic Preservation Division, overseeing various historic districts and designated structures. She holds a master of arts in conservation studies for historic buildings from the University of York (England) and a B.Arch. from Syracuse University. Her architectural passion is preserving local culture, craft, and design. Castellano enjoys traveling to diverse cities and recording, learning, and deciphering the local architecture, culture, and cuisine.

Mari Hsu has been ap­point­ed Assoc­iate Edit­or for North­ern News, in add­it­ion to their duties as the SJSU Stud­ent Rep­resent­ative to the North­ern Section Board. Hsu is entering their last semester of the master of urban and regional planning program and is writing about community outreach efforts around the San Francisco and Oakland bus rapid transit line implementations. Having grown up in a part of Appalachia that relies solely on personal cars, advocating for public and active transit is near and dear to Hsu’s heart. They are also an advocate on issues of social and racial justice and hope to work at this intersection in the near future. Hsu holds a bachelor’s degree in physics from Bryn Mawr College.

Ashley James, AICP, has been elec­ted Treas­urer of the North­ern Section. Her term of of­fice will run through 2023. Among other duties, the Treas­urer pre­pares our an­nual budget, and receives and disperses funds as authorized. James is an associate planner with the City of Berkeley. Before that, she was an associate planner with the City of Vallejo and an associate at PlaceWorks (Berkeley). James holds a master of urban and regional planning (economic and workforce development) from the University of Minnesota and a BS in environmental economics from the University of New Hampshire.

Mary Mc­Gee is the new UC Berk­eley Stud­ent Rep­resent­ative to the North­ern Section Board. A first year grad­uate student at UC Berkeley pursuing concurrent master’s degrees in city planning and public health, she hails from Sturbridge, Massachusetts, and holds a bachelor’s degree in environmental economics and geography from Colgate University. McGee is passionate about creating healthy and equitable cities and communities for all. She is also interested in transportation, commuting behaviors, active transportation, and design/user experience. McGee loves being outdoors (skiing, hiking, biking, etc.) and exploring new places, especially through food and performance arts.

Guido Per­si­cone, AICP, who for the past six years has been plan­ning mana­ger for East Palo Alto and Los Altos, is now with the City of Marina as Com­mun­ity Dev­elop­ment Direc­tor. Persicone has 18-plus years of experience in complex urban infill development, zoning code updates, and affordable and Below Market Rate housing. He holds a master’s in urban and regional planning from SJSU and a bachelor’s degree in political science from UC Riverside. He and his wife have two children and live in south San Jose. When he has spare time, Persicone runs or hikes the trails and hills around his neighborhood or walks his new puppy, Charlie. 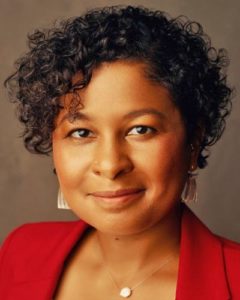 Rachael A. Tanner, who was ap­pointed by the Board of Super­visors to the San Fran­cisco Plan­ning Com­mis­sion in 2020, has been elected by her col­leagues to serve as pres­i­dent of the com­mis­sion. Tanner is the As­sistant Director of Plan­ning and Develo­ment Ser­vices for the City of Palo Alto. Before that, she was a senior planner for the City and County of San Francisco and legislative aide to District 11 Supervisor Ahsha Safai. She holds a master of city planning from MIT and BA in political science from the University of Michigan.