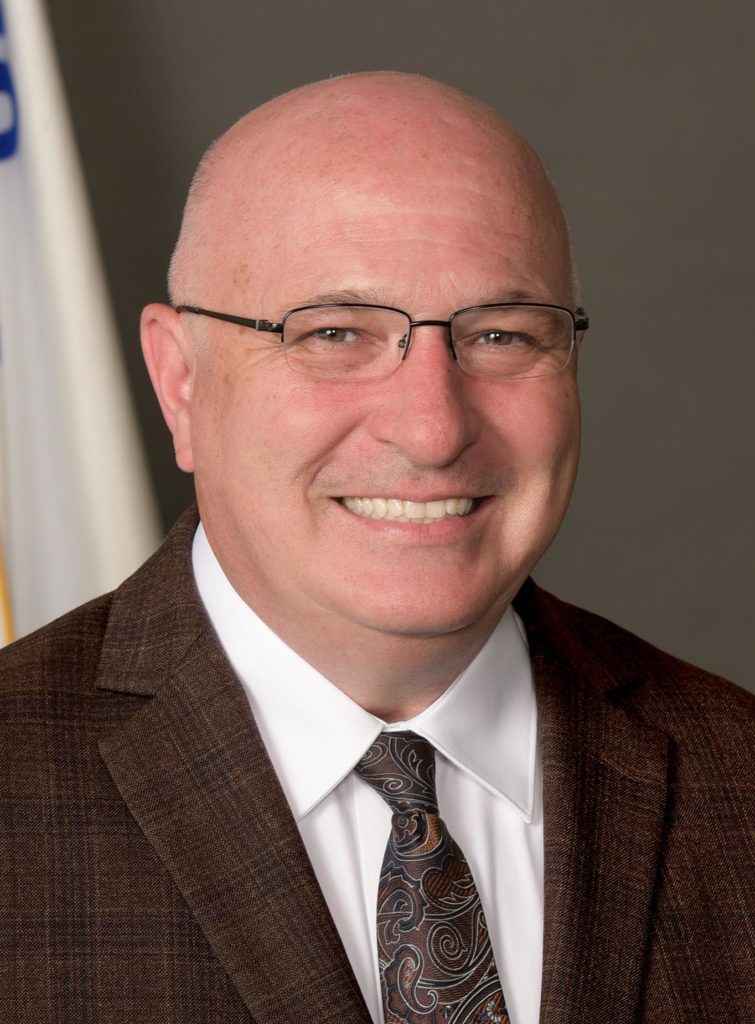 NED THOMAS, AICP, is Planning Director for the City of Milpitas, population 80,273. His previous public sector leadership roles include planning division manager for the City of San Jose, community development director for the Town of Windsor, California, and principal planner for the City of Henderson, Nevada. He holds a master’s in urban planning from Harvard University and a bachelor of science in geography from Brigham Young University. He has served as a planning commissioner for the City of North Las Vegas and was a founding member of Green Chips, a non-profit, public-private partnership dedicated to promoting sustainability in southern Nevada.

What big things are happening in the Milpitas planning department?

The biggest was the planning department’s completion of the General Plan update in 2021, and two specific plan updates are in progress. Milpitas received more than $2.5 million in state and regional grants in recent years, which we have used to create and implement online tools for residents to explore ADUs, along with a new Development Review Handbook. I’m also proud of how our planning team, spurred by the pandemic, implemented online plan-check, set up an outdoor dining program, and implemented new regulations for short-term rentals.

What was it like to work on long-range plans during the pandemic?

Migrating over to a virtual environment was seamless. The successes described above were all achieved in a virtual environment. And as other cities have found, remote meetings have been proven effective and with greater participation. More people are joining the discussion — and from home: they don’t have to spend entire evenings at city hall to be informed and heard.

At the same time, we created virtual zoning administrator meetings so that routine decisions don’t need to clog up planning commission agendas, allowing the commission to concentrate on the big issues. But if someone had suggested virtual public meetings before the pandemic, we would have been laughed out of the room.

What valuable skills should all planners have?

Planners should have a basic understanding of real estate economics — know how private-sector developments are financed — to understand how requirements for parking, open space, architectural design, and public amenities become costs that affect a project’s feasibility. Knowing where the developer might have room to make changes — and where not — will help planners work more effectively with developers to provide the amenities people really want, such as parks.

What has been your experience working for both large and small cities?

While in San Jose, I enjoyed working in a large organization with a variety of staff specialists from historic preservation to urban design, and on high-rise development. In Milpitas, I am part of a strong executive team and thus have more opportunities to work directly with members of the planning commission and city council. I work very closely with the city manager’s office and other department directors involved in community development activities of all kinds — all of which give me a much broader experience beyond just planning.

What experiences most influenced your career?

My first job was in my home state, Idaho, working for a large county with several small, unincorporated communities. There I saw the difference between urban and rural communities in terms of voting, ideologies, and dependence on government for certain services. Later, I worked for and traveled on behalf of a Japanese company in a non-planning role. That also was enriching.

After graduate school at Harvard, I returned to Japan as a Fulbright Scholar at Kyushu University to research local and regional planning issues. Those included grass-roots efforts by residents in a traditional farming village to influence the enormous changes occurring in their community as a result of the expansion of the City of Fukuoka and the relocation of the university. I helped a team of graduate students facilitate a series of community meetings to build local capacity to understand and apply urban design and planning principles at the neighborhood level. It seems the same issues that were important there are important everywhere — homes, families, and quality of life.

Tell us about your work in Nevada.

I often say that being a planner in Nevada is measured in “planner dog years” because you gain so much experience in a short time. For a decade, I worked in the rapidly growing Las Vegas area. I managed Henderson’s sustainability program, water conservation, renewable energy, and transit. We often had 30 to 40 agenda items at public hearing week after week, but we got through them.

What is your view of California planning?

When I moved to the Bay Area eight years ago, I was surprised at how infrequently local agencies worked together. That has changed. In Santa Clara County, for example, planning officials from all the cities in the county meet monthly around housing, transportation, and climate change. It’s a sub-regional collaborative for sharing knowledge and ideas. I am still surprised by the level of expertise (and expense) required for even a relatively simple CEQA document.

What has been your view of new state legislation and local control?

Milpitas recently processed our first applications for housing projects under SB 330 and SB 35. The State’s legislative remedies may be heavy-handed in limiting local discretion, but these measures have eliminated the guesswork for planners and developers in applying local regulations and design guidelines. Many local governments have moved quickly to objective design standards with a welcome level of certainty.

Moving forward, I believe there’s opportunity for the state legislature to consider the concerns, experiences, and outcomes of local jurisdictions and consult with them in crafting future changes.