THIS IS A VISION PLAN that reimagines how the very wide rights-of-way existing along the Shattuck-Adeline-Stanford corridor can be used to increase community livability and promote urban sustainability. These generous rights-of-way originally accommodated rail and were repurposed in the 20th century primarily for movement and parking of motor vehicles.

In the 19th century, rights-of-way along this corridor were made much wider than other major streets to accommodate four pairs of tracks for both streetcars and heavy-rail trains.

This Vision Plan lays a foundation for envisioning and realizing a new urban Greenway that can address multiple needs along its length. As envisioned, the Greenway would create an unimpeded pedestrian-bicycle route punctuated by neighborhood centers, recreation, and ecological features.

If the narrowest acceptable traffic lanes and lane widths are used, and if on-street parking is arranged more efficiently, some 60 or more feet of the corridor width can be put to new purposes, all the while reducing traffic speeds and improving safety. With advanced transportation technologies and practices, no loss in vehicle travel times should be experienced.

The Greenway Vision also considers how it can affect surrounding land use. Its design can complement existing land uses and, at the same time, promote new street-oriented and pedestrian-friendly development, including housing that can help alleviate California’s housing crisis.

This Vision Plan is an advocacy report

The Greenway Vision Plan has not been officially adopted as a “plan” per se. It lays a foundation for finding funds for further planning in and by the cities it connects: Berkeley, Oakland, and Emeryville. In this respect, the Vision Plan is already succeeding. Berkeley made greenway planning a priority for Metropolitan Transportation Commission and Alameda County funding; Oakland has added the greenway alignment to its draft Bicycle Master Plan; and Emeryville is working to strengthen pedestrian and bicycle connections to the Bay Trail.

This greenway planning has, to date, been a grassroots effort in close consultation with community stakeholders and city officials. A linear greenway on Shattuck was adopted in concept in Berkeley’s 2012 Downtown Street & Open Space Improvement Plan, but the idea of extending a greenway south to the Bay Trail emerged later. In 2017, Bike East Bay and Taecker Planning & Design applied for and received seed money for planning from the Chancellor’s Community Partnership Fund at UC Berkeley. After receiving the grant, the Downtown Berkeley Association and City of Berkeley Councilmembers contributed discretionary funds. Small grants were also received from Berkeley’s Office of Economic Development, LMC Multifamily (a Lennar Company), and the Austin Group.

Planning began with extensive outreach to interested committees and commissions in the three cities and with neighborhood and business associations along the corridor. The work plan originally included community workshops and other forms of engagement, but contributions were only sufficient to cover the staff costs of Matt Taecker, AICP, the Greenway consultant who envisioned the project with Dave Campbell, advocacy director for Bike East Bay, and John Caner, CEO of the Downtown Berkeley Association. The author of this article has done most of the work, and pro bono.

With the Vision Plan now completed, grants and other funds can be gathered to prepare one or more City-sponsored plans, to thoroughly engage community members, and to address technical issues. The 80-page Vision Plan can be downloaded here. 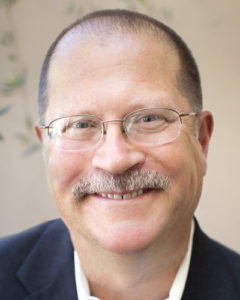 Matt Taecker, AICP, holds an MCP and an M.Arch from UC Berkeley and a B.A. from The University of Chicago. He has been a leader in transit-oriented development for 35 years, focusing especially on downtowns and urban revitalization. His firm, Taecker Planning and Design, is located in Berkeley. You can reach him at matt@taeckerplanning.com