In the Spring 2019 semester, San Jose State University Master of Urban Planning students, in partnership with CommUniverCity and the City of San Jose, formulated a community assessment of Downtown San Jose, focusing on connectivity and mobility issues between the Diridon Station, McEnery Convention Center, and San Pedro Square Market. Seventeen graduate students, along with faculty Richard Kos and Jason Su, studied the area over 15 weeks. The objectives were to document current conditions, identify existing challenges, and propose urban design and active transportation improvements for the study area.

The effort was divided into two phases: data collection and community engagement.

During Phase 1, students assumed one of four user-personas to observe and collect data on connectivity in the study area: 1) a person attending a convention at the San Jose McEnery Convention Center; 2) a San Jose State University student; 3) a visitor to San Pedro Square Market; and 4) a visitor who traveled between all four points of interest. Their findings were organized visually and geographically into informal pin-up boards and formal InDesign collage boards, which were presented to, and reviewed by, the project partners. In Phase 2, the students engaged with community members and stakeholders by organizing a public community event and hosting focus group discussions.

A class-organized community event was held at the San Jose Museum of Art on May 4, 2019. More than 100 adults and children attended. Participants were offered free admission to the museum as an incentive to engage with the students through activities including a large map of downtown, a tech hub, surveys, and a kids’ table with toys, maps, and books. At the tech hub, community members viewed story maps and tested the student-produced ArcHub online engagement platform that allows users to learn about projects around Downtown San Jose and submit their comments through a survey.

Community feedback revealed a strong interest in transportation, wayfinding, public events and activities, and beautification in Downtown San Jose. Walking and driving were the most popular modes of travel to the McEnery Convention Center and San Pedro Square Market, but many participants showed strong support for improved public transportation options in and to Downtown. Common recommendations voiced included creating dedicated bus lanes and expanding existing public transit services to improve efficiency, increasing service to Downtown from outlying areas such as Gilroy and Morgan Hill, and establishing a transit ticket validation system similar to parking validation.

Many attending the community event felt that existing wayfinding was inadequate to meet their needs. Sixteen attendees supported increased wayfinding signage throughout Downtown. Their ideas included installing large maps outside Diridon Station to orient visitors to the surrounding city, additional signage identifying locations of bus and light rail lines throughout the station, improving existing signage for vehicular and bike parking throughout downtown, and developing a walking tour map showing the major destinations around Downtown.

Community members also identified activities and streetscape improvements to improve the pedestrian experience and visibility between Diridon and various points Downtown. Many noted they would like to see more farmers’ markets, concerts in the park, fairs, and comedy shows in public open spaces. And there was considerable public support for pop-up shops and food trucks in underutilized parking lots under freeway overpasses. Some participants suggested that more street activity would increase their perception of safety, which would encourage more walking around Downtown.

A lack of wayfinding signage was one of the most often-mentioned deficiencies of Downtown San Jose. Wayfinding signs are desperately needed at Diridon Station and throughout Downtown. At a minimum, installing attractive wayfinding elements will create an important first impression of a city that cares about the navigation needs of its residents and visitors.

Too many Downtown areas feel unsafe or are difficult to walk through, according to many community members at the open house. They noted the numerous physical barriers on sometimes too-narrow sidewalks, and other impediments that clearly favor cars over pedestrians. Clearly marked walking and biking routes for pedestrians and cyclists would greatly enhance the walking and biking experience, which could lead to fewer people driving in the area.

Encouraging active transportation modes — such as bicycles and scooters, as opposed to driving — is an important goal for any city wanting to attract a younger workforce and provide options for those who cannot drive, or choose not to. Replacing vehicle parking spaces with clearly demarcated bike and scooter spaces is an important step in this direction.

Community members, concurring with the city’s goals for placemaking and greater social connectivity, asked for more vibrant and active public spaces. A relatively simple way to invigorate spaces is to allow and encourage street vendors and food trucks to cluster near major destinations like the Convention Center and Diridon Station. San Francisco’s StrEatfood Park is an example of such a space. The formerly moribund parking lot pulses with social and economic activity centered on rotating food truck selections.

This program would provide grants to help businesses at risk of displacement because of property value increases triggered by nearby development activity. The funds could come from new developments, such as proposed by Google. The grant program could be modeled after the City of San Francisco Legacy Business Registry and Preservation Fund, established to preserve businesses more than 30 years old.

Connecting areas of Downtown with multimodal paths will encourage walking, bicycling, and scootering, and deter automobile use. One path would run from the Diridon Station to the Convention Center parallel to the light rail tracks. The second would extend South San Pedro St. as a pedestrian paseo south through Cityview Plaza.

A large number of homeless encampments exist throughout the Diridon Station area. Future developments in this area can provide needed funding to address this issue through the expansion of the existing Downtown Streets Team/Groundwerx program. The Downtown Streets Team’s goal is to transition homeless individuals into employment, which in turn opens the door to other opportunities. The program provides work opportunities for homeless individuals while also keeping the streets around Downtown clean. Expansion of this program to the Diridon Station area can boost the visual quality and improve cleanliness of the neighborhood during and after the construction of major development projects.

Alternatively, new developments like the Google Village can partner with organizations like Code Tenderloin from San Francisco to provide the local homeless with job readiness trainings relevant to the local technology industry.

Through this assessment, the graduate student team sought to create a resource for the City of San Jose by exploring in depth the current conditions of these areas of Downtown and advocating for the local community. The area residents want their neighborhood to be better connected to the surrounding districts. They see opportunities for the anticipated developments to improve aesthetics in the area. They want green spaces, parks, and buildings that promote walkability and a sense of community. They are eager for changes that will improve their neighborhood and give them access to sustainable modes of transportation, while being adamant that developers work with residents to meet their needs and achieve the goals set by current community members.

The community around Diridon Station shares the aspirations and goals outlined in the City’s Envision 2040 General Plan. By pursuing those goals with the concerns and hopes of the community in mind, the new Diridon Station and surrounding area can bring San Jose one step closer to becoming a world-class destination as an urban center, a major transportation hub, and the cultural heart of Silicon Valley.

The authors are graduate students in urban and regional planning at San Jose State University: 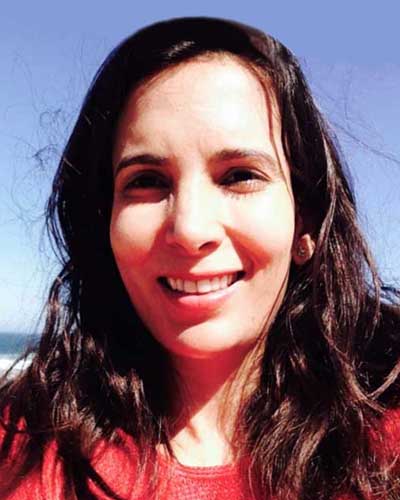 Andrea Arjona is a Micro Mobility Specialist at the City of San Jose. She received a bachelor’s degree in anthropology with a minor in environmental economics from Universidad de Los Andes in Colombia, and a master’s degree in applied anthropology from San Jose State University. 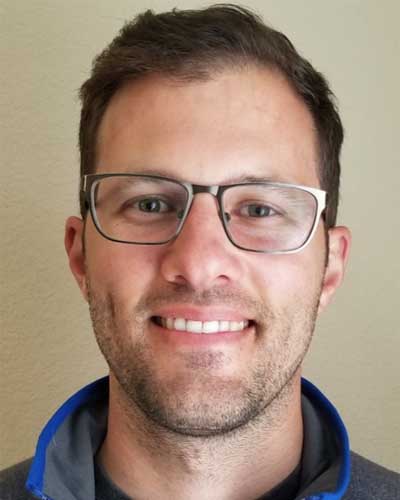 Rick Boggs is a geographic information systems analyst in the Campus Planning and Development Department of CSU Monterey Bay. He received his bachelor’s degree from CSU Monterey Bay in social and behavioral sciences. 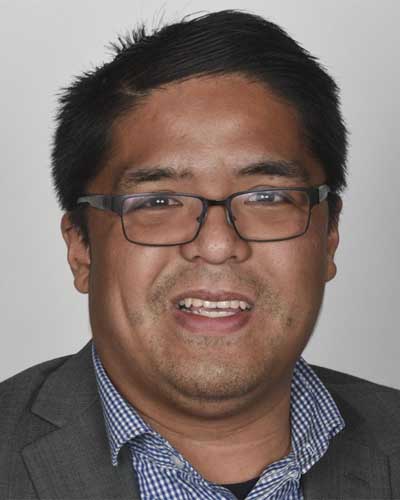 Anthony Nachor, originally from Manila, the Philippines, is an aspiring transportation planner currently residing in Novato, California. He received his bachelor’s degree in urban studies and planning at San Francisco State University. 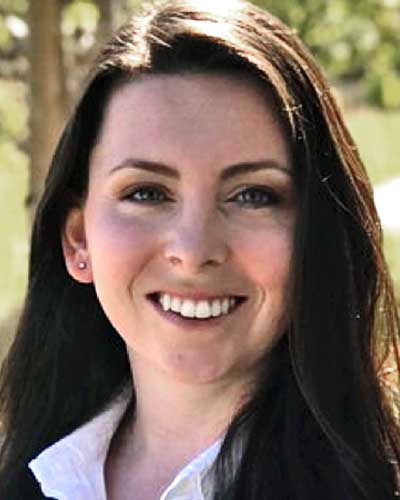 Carolyn Neer is an Environmental Planner at Rincon Consultants, Inc. She received her bachelor’s degree in history from University of California, Berkeley. 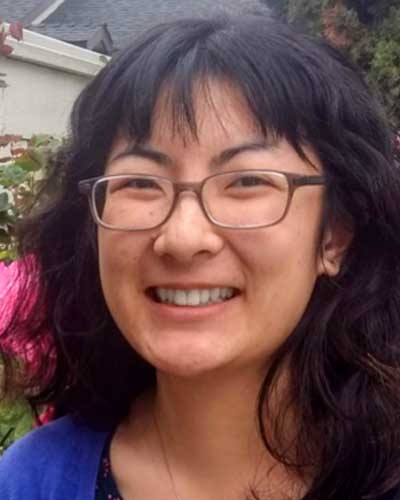 Mindy Nguyen was raised in San Jose and received a bachelor of science in biochemistry and a minor in studio art from Santa Clara University. She is a Registered Environmental Health Specialist with the County of Santa Clara.