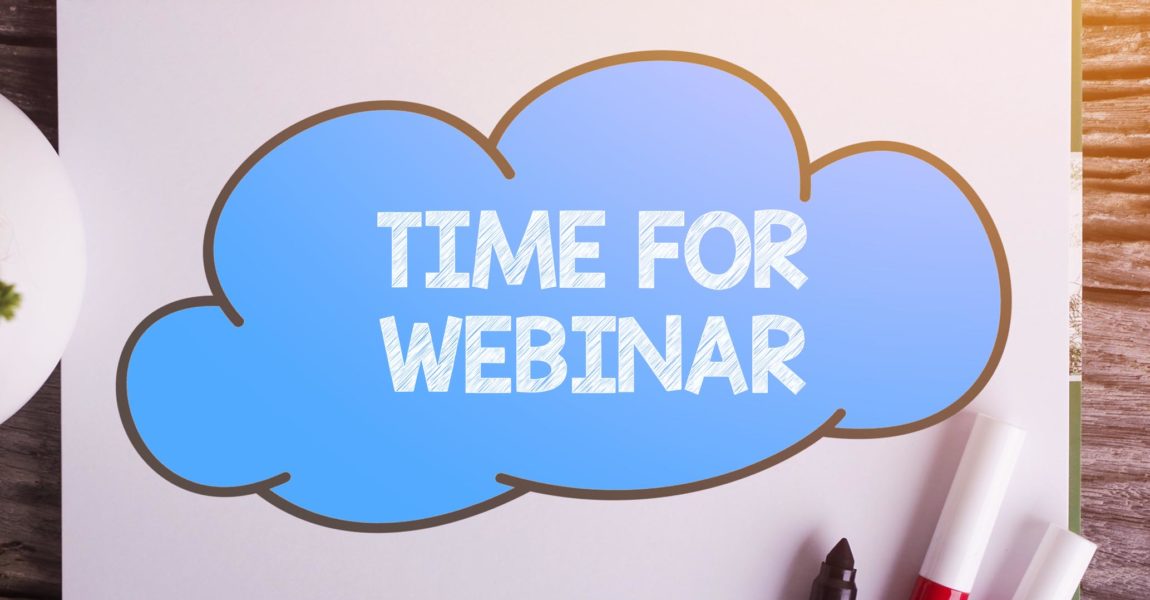 Get your AICP | CM credits for Ethics and Law

During each reporting period, AICP members must earn a minimum of 1.5 CM credits on the topic of ethics, and another 1.5 credits must be on the topic of current planning law.

If you missed our double session on planning law and ethics this past winter, no worries — we are offering similar sessions remotely through the Ohio Planning Webcast series. Mark your calendar and register here now.

The first webinar, October 25, 2019, will consist of a panel discussion with Northern Section planning leaders on APA’s Ethics Case of the Year, with ample time for questions and answers about the ethical quandaries we all face.

The second webinar, November 15, 2019, will feature attorneys Robert Selna and Amara Morrison from Wendel Rosen who will present on: 1) the role of local jurisdictions in legalized cannabis in California and implementation through local land use permits; and 2) California Senate Bill 35 and other streamlining statutes that have been put into place to remove impediments and increase production of housing. 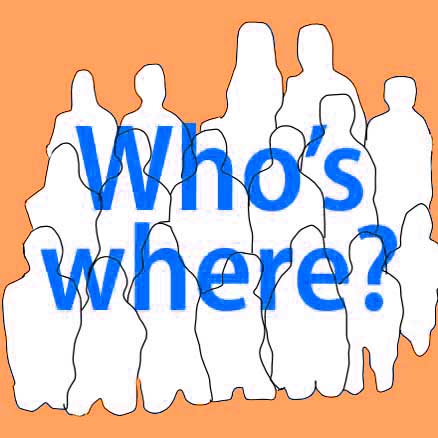 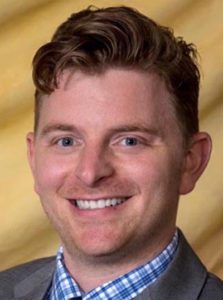 Michael P. Cass recently joined the City of Dublin as Principal Planner. Before Dublin, Cass was principal planner of Long-Range & Sustainability Policy with the City of Concord (2016-2019) and a planner with the City of Lafayette (2004-2016). He holds a B.A. in communication from St. Mary’s College of California and a certificate in land use and environmental planning from UC Davis Extension. Cass serves as an Advisory Board Member for Sustainable Contra Costa and is Northern Section’s Treasurer. 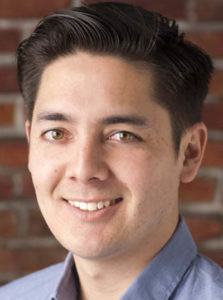 Matt Kawashima is now Project Manager at OpenCounter, a firm that builds online permitting software that lets applicants calculate the permit requirements for their projects and apply for permits online. Over the previous eight years, Kawashima was an environmental analyst with Contra Costa County, a transportation research assistant at USF’s School of Management, a planner/assistant project manager at LSA, and an assistant planner with Denise Duffy & Associates. He holds a master of public administration from the USF School of Management and a B.S. in city and regional planning from Cal Poly, San Luis Obispo. Kawashima is Northern Section’s Social Media Coordinator. 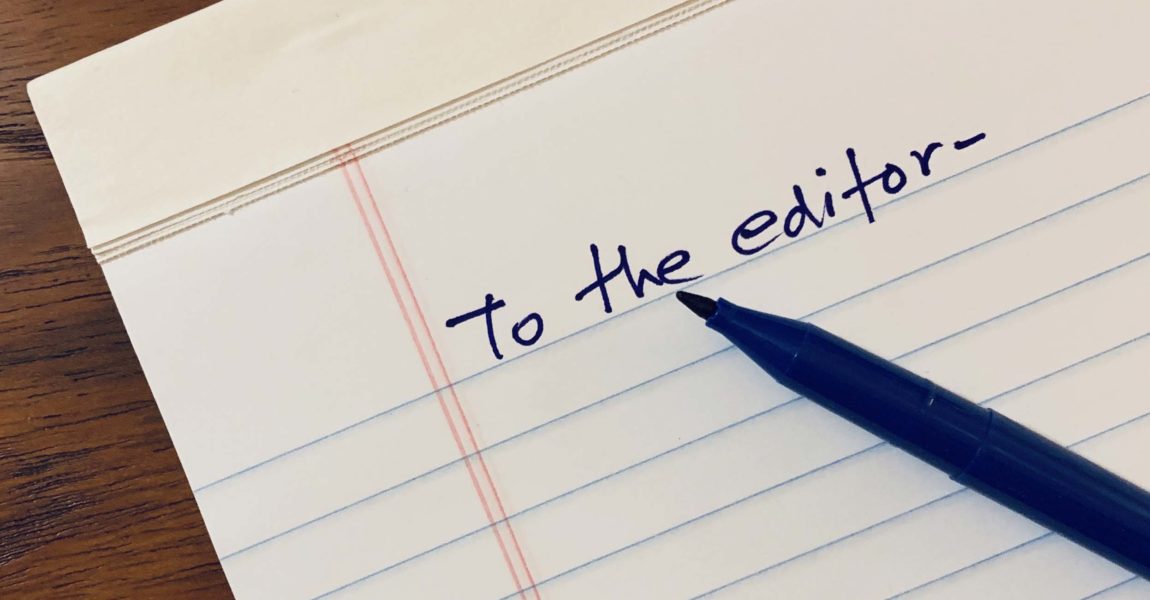 By James A. Castañeda, AICP 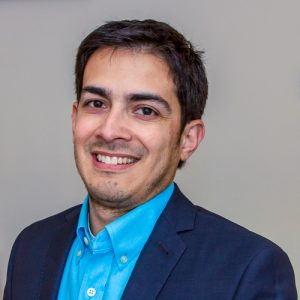 It’s the end of summer, or “How I spent my summer vacation”

As we approach Labor Day, many of us are winding down our summer (and realizing perhaps how quickly it went by). By the time you read this, I’ll have just finished my annual cross-country train trip with a group of railfan friends (organized for the past nine years by my friend Matt Johnson, who lovingly calls us #NerdTrain).

Aside from taking in sights and embracing the slower pace of rail travel, it’s a time of year I look forward to as an opportunity to catch up with friends. We have great conversations. As some of us in the group are also planners, we often trade stories from “the front lines.” At one of our chats, it dawned on me that one of the more challenging elements of my time as a planner was and is public counter work.

A nod to planners at the counter, once my least favorite task

I wasn’t sure what to expect at my first planning job, fresh out of college. While I knew a job with a public agency would involve community engagement, staffing the front counter would not have been the first task to come to mind for becoming a professional planner. I felt as though my counter work got in the way of “real” planning. What I would soon realize was how important that responsibility is to our profession, and how it speaks to what we do as planners.

I’m part of a public agency that takes an “all hands-on deck” approach when it comes to taking a shift to help members of the public who come by for assistance and guidance. Regardless of our titles or years of experience at the agency, we all share. For a long time, I dreaded those days at the counter with their nonstop cold-call inquiries. I was left so drained I couldn’t take on much else that day.

In retrospect, staffing the counter has been one of the more important and rewarding parts of being a planner. It’s where I learned two indispensable traits for planners — how to listen to, and how to empathize with, residents, business owners, and tradespeople. And working the counter tangibly validates us. As planners, our work results are seldom realized quickly; they may take years to come to fruition. But over a few hours at the counter, I may take on several challenges I can resolve, while providing specific direction or offering advice for those I can’t resolve. These are small victories that add up and help you appreciate what you do and for whom.

Planning isn’t always what we expect

We planners wear many hats, and our specialties vary. In my experience (and experiences shared by others), the roles that we didn’t know would be ours — or for which we didn’t “sign up” — are often the most interesting, engaging, and rewarding tasks, and are worth our attention and nurturing. They round out our training and education and help make us better planners. 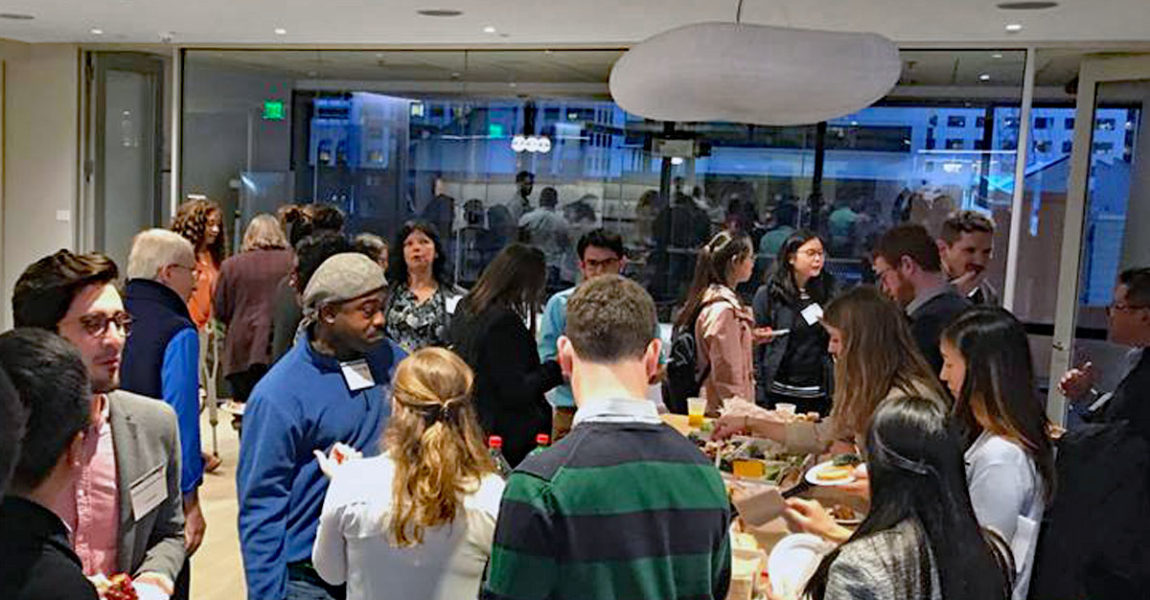 By Danae Hall and Veronica Flores

With support from the APA California Northern Section Board, the Young Planners Group has rebranded as the Emerging Planners Group (EPG). This transition allows us to continue our outreach to students and new planners alike, including entry level planners and those transitioning from another field or industry. Regardless of your tenure in the profession, our goal remains to cultivate future leadership, and strong networks of emerging professionals, through career building programs, social events, and mentoring opportunities.

The EPG has a unique structure within the APA California Northern Section, in that we operate through a Steering Committee of committed EPG members who, since 2017, have been planning events and taking on leadership roles within the EPG. Initially, our events were concentrated in the South Bay, but we have since expanded to San Francisco and the East Bay. Our goal is to provide resources for all emerging planners in the Northern Section, wherever they live or work.

The Steering Committee hosts social and professional events throughout the year to network with other planners and exchange views on how to better engage with the community. Our most recent event was a casual summer picnic at Lake Merritt, where new and old faces gathered for summer treats and played a game of “Cards Against Urbanity.” Some other past events of note include:

It may not be evident from the above, but being on the Steering Committee allows members to network “up” with the more senior planners and professionals who speak at these events. Our panels and fireside chats let Steering Committee members make valuable industry connections and gain event organization skills. Active members also to get to know each other better and build a strong network of peers in the Bay Area. Being on the Steering Committee also encourages emerging planners to attend more APA events and get more involved, since they will likely know at least one friendly face in the crowd.

We hope you are interested joining our Steering Committee, but even if you aren’t, you still get the chance to meet other professionals simply by attending future EPG events. Upcoming in Fall 2019, EPG will be collaborating on a transportation panel, happy hours with the Mentorship Program, host volunteer opportunities, and more.

Whether you are a newly emerging planner or new to the Bay Area, keep an eye out for future EPG meeting and event announcements at our Facebook page and the NorCal APA events calendar. 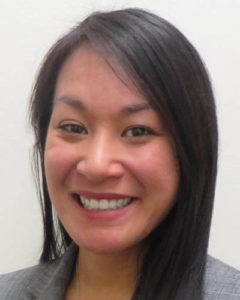 Veronica Flores, Co-director of the Emerging Planners Group, is a senior planner in the Legislative Affairs Section, San Francisco Planning Department, and played a role in creating the YPG Steering Committee in 2017. She holds a master of urban planning from San Jose State University and a B.A. in sociology from UC Berkeley. 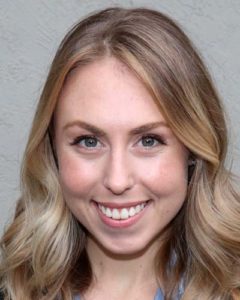 Danae Hall, Co-director of the Emerging Planners Group, is a transportation and land use manager at Kimley-Horn and has been an active member of EPG since 2017. She holds an M.S. in environmental management from the University of San Francisco and a B.A. in environmental economics from California State University, Chico. 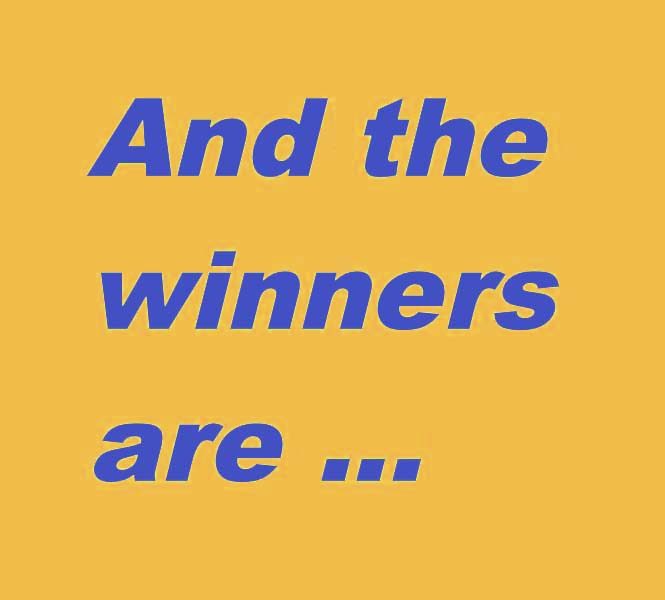 This year, a total of 36 planning students from across the state are receiving 37 scholarships totaling $62,000. They include 14 students from Northern Section who will be recognized on Sunday, Sept. 15, at the “CPF Student Scholarship Awards and Professional Networking Luncheon in honor of Richard H. Weaver” during the APA California Conference in Santa Barbara: 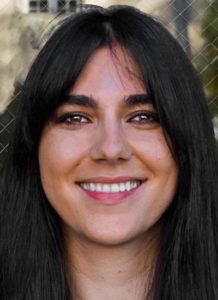 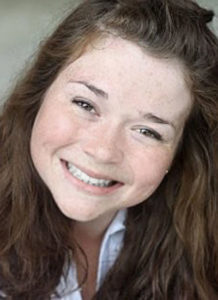 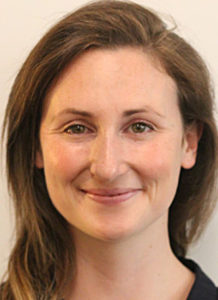 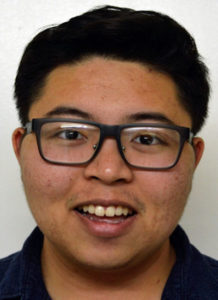 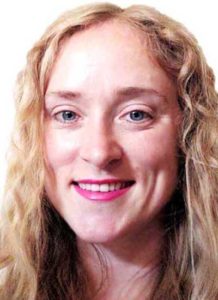 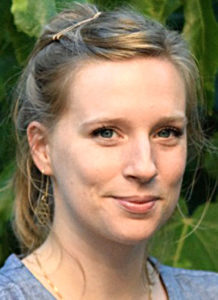 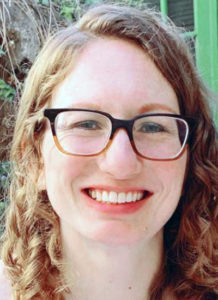 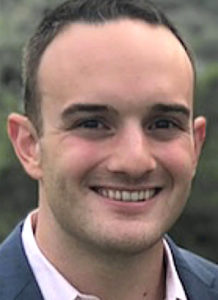 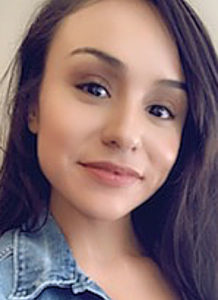 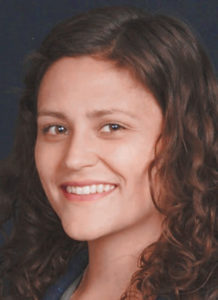 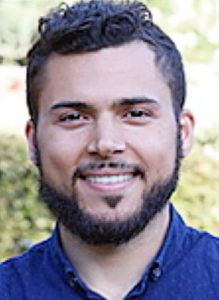 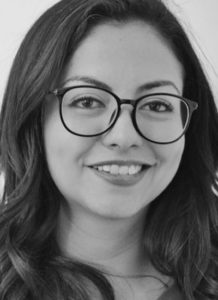 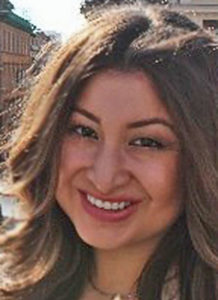 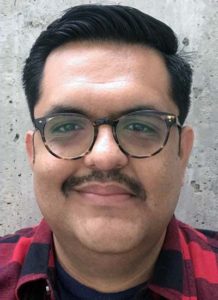 Not only do we congratulate all of Northern Section’s 2019 CPF Scholarship winners, but we thank all of our Northern Section members who have supported CPF through past conference and section fundraising events with generous donations. Your support has made a difference in the lives of these students. 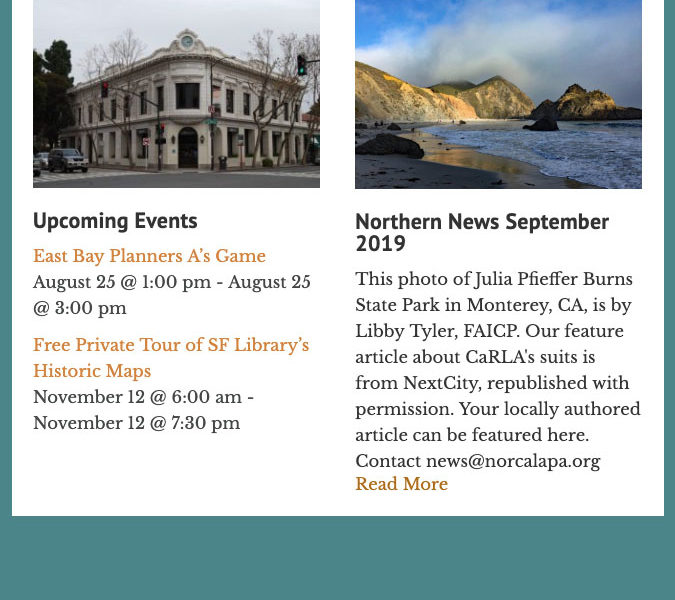 Northern News — our comprehensive newsmagazine published 10 times a year — has an opening at Associate Editor. We hope to find a planner who can help us determine newsletter content and solicit articles relevant to the planning profession, current planning issues, or proposed development in northern California and elsewhere. The editor and associate editor coordinate in preparing all material for publication as WordPress posts and assembling those in an online magazine format on our Northern Section website.

The position carries no salary. Applicants should have good organizational and language skills and be willing and able to spend time on the newsletter 10 times per year. The associate editor is a member of the APA California Northern Section Board and attends Board meetings every other month.

A working knowledge of WordPress and a photo-editing application will be useful.

Position is open until filled. Please send your letter of interest and a brief summary of relevant skills to James Castañeda, AICP, Section Director, at director@norcalapa.org, with a copy to news@norcalapa.org.

If you wish to pass the semi-annual AICP exam, it’s a good idea to start early and take the premier test classes Northern Section offers at UC Berkeley each spring and Fall.

This Fall, expert guest speakers and recent course grads will cover all domains of the comprehensive exam. The sessions are on Saturdays from 10AM to 3PM, September 7 and 21, and October 5, 12, and 26, 2019. Study groups are set up and meet during the lunch hour. While the application period has passed for the Fall exam, it is not too soon to study for the Spring 2020 exam.

There is a $100 fee (free for students) and if you don’t sit for the Fall exam or don’t pass, you can return to the course until you do pass and never have to pay again for new info.

The class has evolved over 30 years and has served around 1,000 planners who gained AICP certifications. 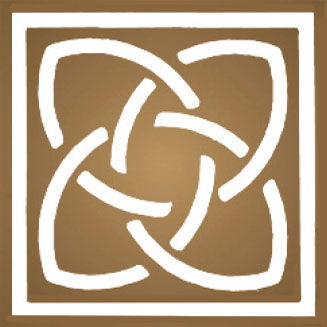 PEN, the Planner Emeritus Network, is an auxiliary of and resource support group to APA California, the California Planning Foundation, and the California Planning Historical Society. PEN represents a body of long-tenured members of APA who are available to provide knowledge of the profession as it has matured in California. PEN members also are available to provide their personal insights, experiences, and planning history when requested by the Board or other organizations, groups, and individuals.

Each year, a select few APA California members receive a PEN Honor Award for an outstanding contribution to the profession or for a significant accomplishment that enhanced the recognition and value of planning.

The four recipients of this year’s PEN Honor Award are:

Past PEN Honor Award Recipients from the Northern Section include: 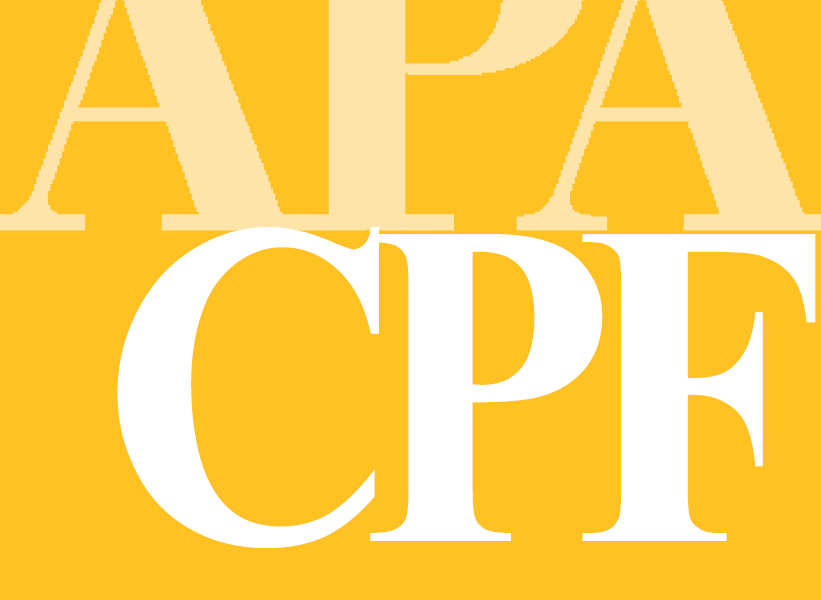 The California Planning Foundation is now accepting items for the annual CPF auction and raffle to be held at the APA California Conference in Santa Barbara, September 15-18.

To donate items for the auction and raffle, please fill out the donation form and email it to Aaron Pfannenstiel, or call him at (951) 444-9379 if you have any questions.

Regarding what to donate, here are some suggestions:

You can also donate money to CPF here.